The outpouring of love and support for the Dallas Police Department has been unprecedented as observed by the constant visit  of hundreds of people to the Lamar Street Dallas Headquarters. The memorial outside the DPD building continues to grow even on the day the last of the Five deceased officers was laid to rest. The atmosphere at the memorial built around two police cars was somewhat somber even as people stood to reflect and say a prayer for the souls of the departed. Other sympathizers comforted other officers who were physically at the memorial with hugs and hand shakes just as others were engaged with discussions. 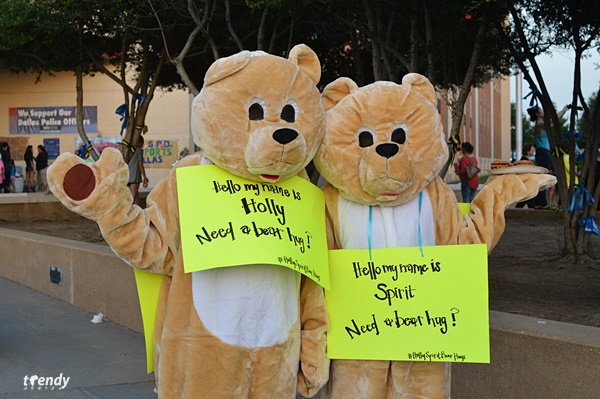 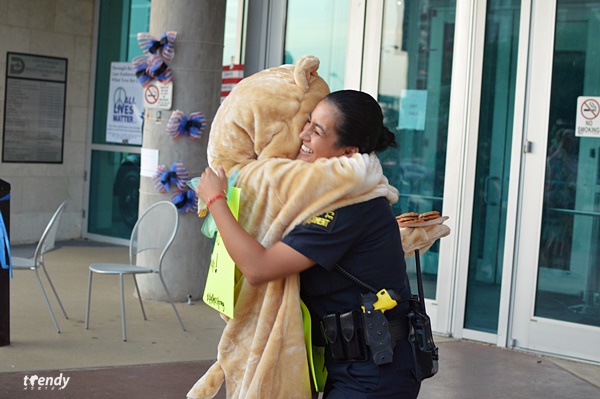 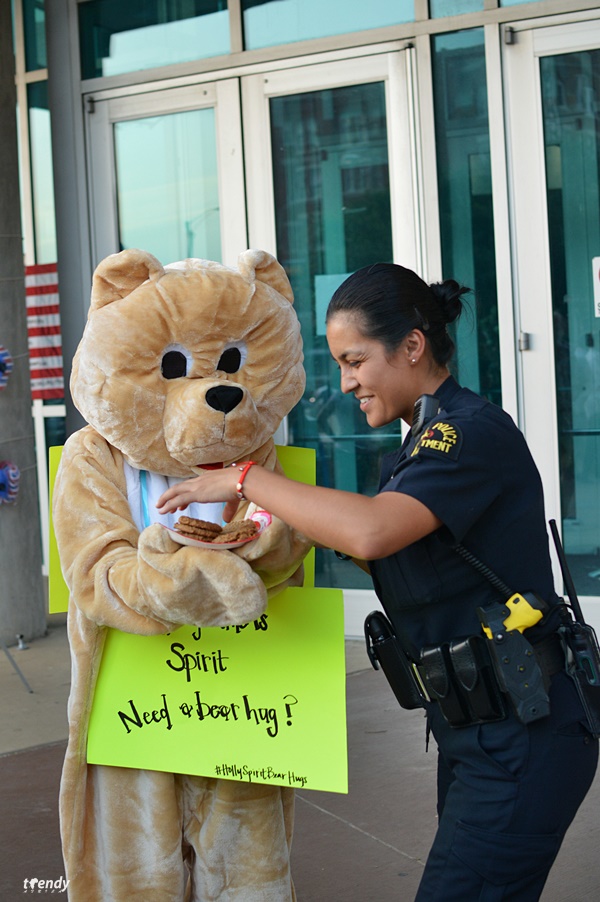 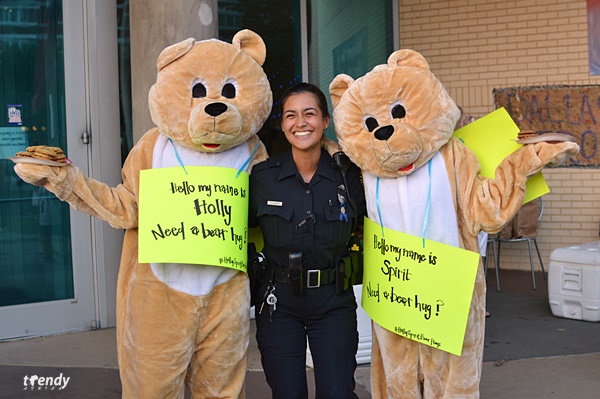 I however witnessed a unique show of love. A lady arrived the memorial with two Teddy Bear mascots armed with trays of cookies. The “bears” mission was simply to give officers  loving hugs and present them with cookies. That to me was just a moment in a million. I kept my shutter open to capture the moments especially the smiles on the faces of officers who were present to receive the cookies. For Officers Brent Thompson, Michael Smith, Michael Krol, Lorne Ahrens, and Patrick Zamarripa, its obvious that thier loss will not be in vain. 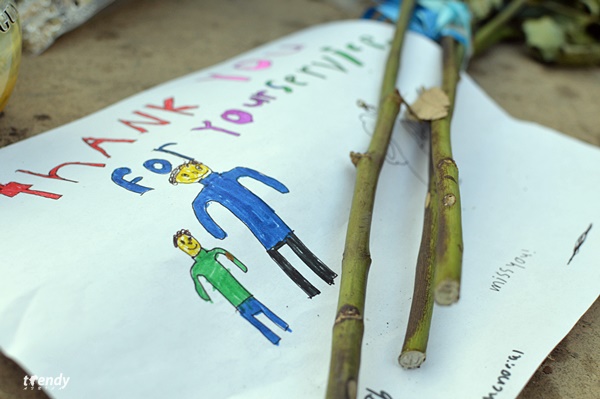 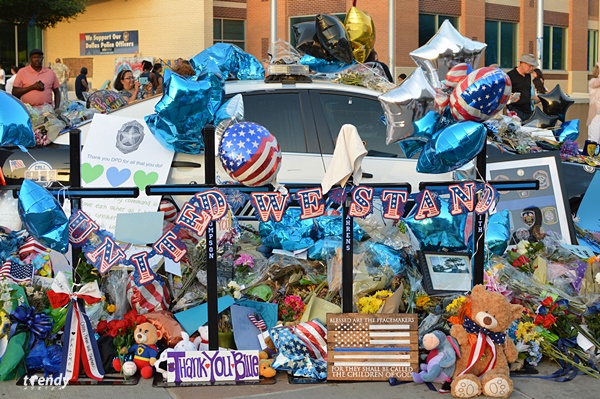 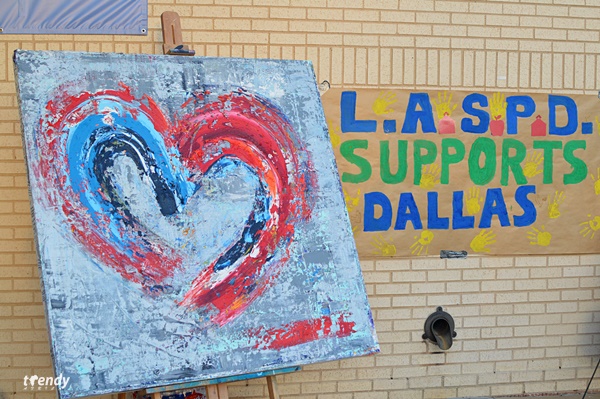 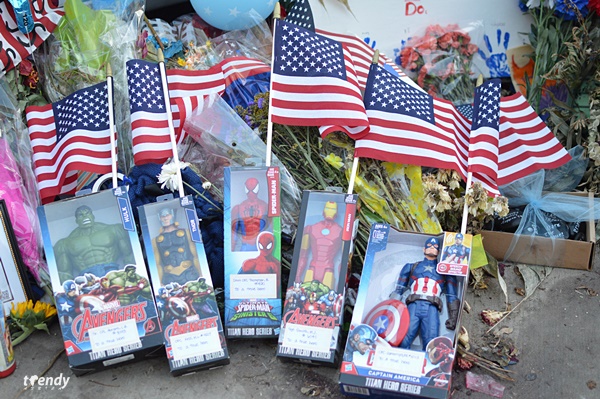 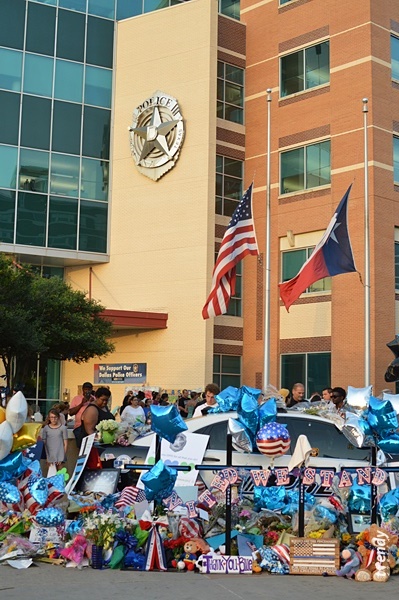 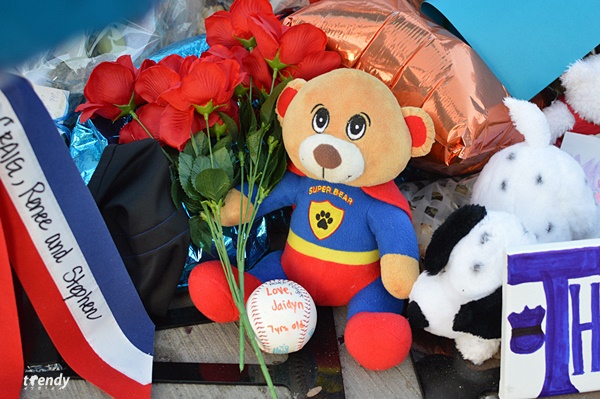