The five-time Grammy nominated artist has initiated a partnership to bring electricity to one million households in Africa by the end of 2014. With two-thirds of the population of sub-Saharan Africa without electricity, the music superstar is launching “Akon Lighting Africa.” 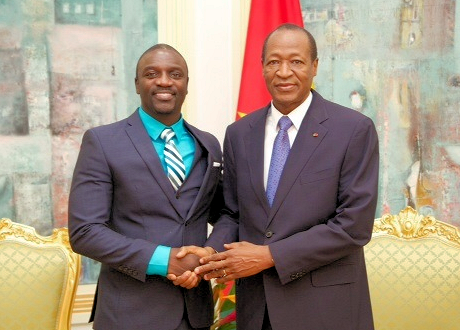 The initiative will support the installation of solar equipment in households to improve energy sufficiency. To spearhead the process, several meetings were arranged with a select group of heads of state from Senegal, Mali, Guinea Conakry, Gambia, Burkina Faso, Equatorial Guinea, Gabon, Congo and the Ivory Coast earlier this month to pan out the project.

“We are extremely pleased by the overwhelmingly positive response of government leaders to embrace a public-private partnership that aims to address access to power in sub-Saharan Africa. This initiative is given further validity and momentum based on the support of these nations and their executives and advisors,” said Akon. To learn more about the “Akon Lighting Africa” initiative visit www.akonlightingafrica.com.