GENEVA, Switzerland – Frequency coordination negotiations have succeeded in setting up the mechanism to deploy digital television in 47 Sub-Saharan African countries. The consolidation of national plans to implement the digital switchover in the African region is in conformity with the deadlines of June 2015 (for UHF) and June 2020 (for VHF in 33 countries) set in 2006 by ITU’s Regional Radio communication Conference (RRC-06), which adopted the GE06 TV Plan.

This landmark also makes Africa the first region to be in a position in 2015 to allocate bandwidth freed up by the transition to digital television – the so-called ‘digital dividend’ – to the mobile service for both the 700 MHz and 800 MHz bands. Decisions of the World Radio communication Conference 2012 (WRC-12) to facilitate availability of the digital dividend to the mobile service will be effective with some technical refinements immediately after the next World Radio communication Conference in 2015 (WRC-15). 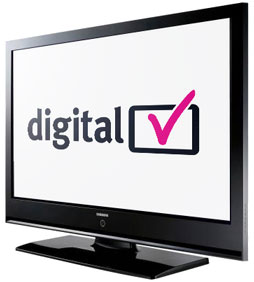 ITU Secretary-General Hamadoun I. Touré expressed his appreciation to the high level of cooperation extended to the process by African Telecommunications Union (ATU) and its Secretary-General, Mr Abdoulkarim Soumaila.

“The objective was to enable African countries to allocate the digital dividend to mobile services in the band 694-862 MHz, as a regionally harmonized implementation of the decisions taken at the World Radio communication Conference in 2012,” Rancy said. “This objective was reached by re-planning the spectrum requirements of television broadcasting in the 470-694 MHz frequency band.”

The meeting in Nairobi organized jointly by ITU and the African Telecommunications Union (ATU) and hosted by the Communications Commission of Kenya (CCK), attracted 124 participants from 35 Member States. It was the third and last overall coordination meeting of African countries, after similar meetings in Bamako (March 2011) and Kampala (April 2011) and a number of other bilateral and multilateral meetings held in 2011 and 2012.