Dallas Black Dance Theatre (DBDT) opens its 2015-2016 season with DanceAfrica, a cultural celebration of the African diaspora through dance and drumming in the Dallas Arts District on October 2-3, 2015. The only event of its kind in downtown Dallas, the weeklong festival features free classes, evening ticketed performances, and a free, all-day festival and marketplace. Performances this year will feature headliner, Giwayen Mata, from Atlanta and professional companies DBDT, DBDT II, Bandan Koro Drum and Dance Ensemble, and the community ensembles from DBDT’s Academy and Booker T. Washington HSPVA. “With the theme Nalinga Ko Bina, which means I like to dance, this year’s DanceAfrica celebrates the joy of African dancing and drumming,” said DBDT Founder Ann M. Williams. “All of our performers will transport our audience to Africa and leave them invigorated, transfixed, and utterly jubilant.” The festival is led by the national founder of DanceAfrica, Dr. Baba Chuck Davis. 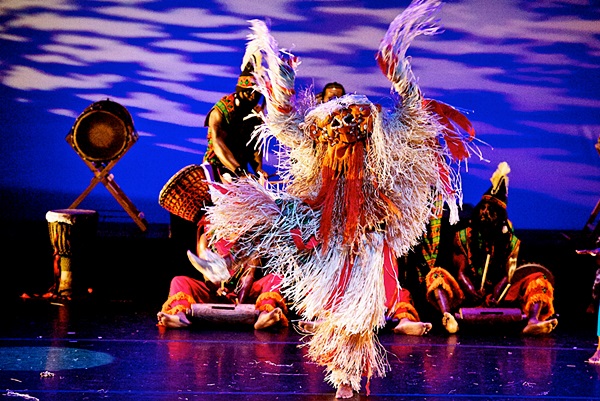 First held at the Brooklyn Academy of Music over 30 years ago, DanceAfrica occurs in multiple cities across the U.S. throughout the year, including New York, Chicago, Philadelphia, Denver, and Washington, D.C. Dallas Black Dance Theatre began hosting the Dallas DanceAfrica in 2007. Each year, DBDT brings in several guests artists in addition to Dr. Davis. The headlining guest artist this year is the all-female powerhouse Giwayen Mata, who hails from Atlanta via Senegal, Ghana, and Haiti. The ensemble’s name translates to “Elephant Women” and pays tribute to the Nigerian term for female leaders, which comes from the matriarchal social structure of elephants.

Giwayen Mata will conclude its five-day residency in Dallas with a free community performance at NorthPark Center on Sunday, October 4, 2015, at 12:30 p.m. Tickets to the evening performances can be purchased by calling the AT&T Performing Arts Center box office at (214) 880-0202 or www.attpac.org. For group sales, call (214) 871-2390

Founded in 1976 by Ann Williams, the mission of Dallas Black Dance Theatre is to create and produce contemporary modern dance at its highest level of artistic excellence through performances and educational programs that bridge cultures and reach diverse communities. With an ever-expanding national and global audience, the company employs a diverse, multi-ethnic troupe of dancers performing for audiences of all ages and backgrounds. Over the course of its history, DBDT has performed worldwide for 3.5 million arts patrons and 2.5 million students, grades K-12, and annually serves more than 100,000 people, including more than 20,000 youth.

NorthPark Center is the Guest Artist Sponsor of DanceAfrica. Additional support is provided by Texas Commission on the Arts, Union Bank, City of Dallas – Office of Cultural Affairs, and Trendy Africa.

Previous Article Chiwetel Ejiofor: “I Was Fascinated by the Story’s Look at the Space Community."
Share This
Next Article Nigeria Scores Major Victory over Polio