The story of misplaced drug money, Mexican drug cartels and mistaken identity has been done a million times before and “2 Guns” offers nothing new, except of course, the pairing of two charismatic actors.

Denzel Washington and Mark Wahlberg play two undercover agents who are forced to go on the run after they discover that the amount of cash locked in the bank vault they have robbed, is not remotely what they expected. 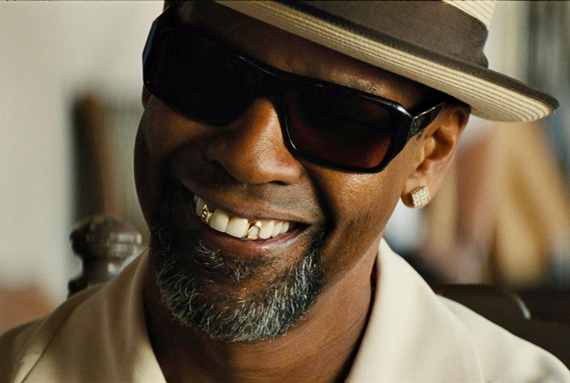 As the movie opens, we meet the duo; Bobby (Washington) a DEA agent and Stig (Wahlberg) a naval intelligence officer. Neither is aware of the others identity and each thinks he’s paired up with a legitimate crook. Both are across the street at Mama Maybelle’s diner casing the safety deposit boxes at Tres Cruces Savings & Loan in Texas with a plan to steal approximately $3 million of drug kingpin Papi Greco’s (Edward James Olmos) cash. 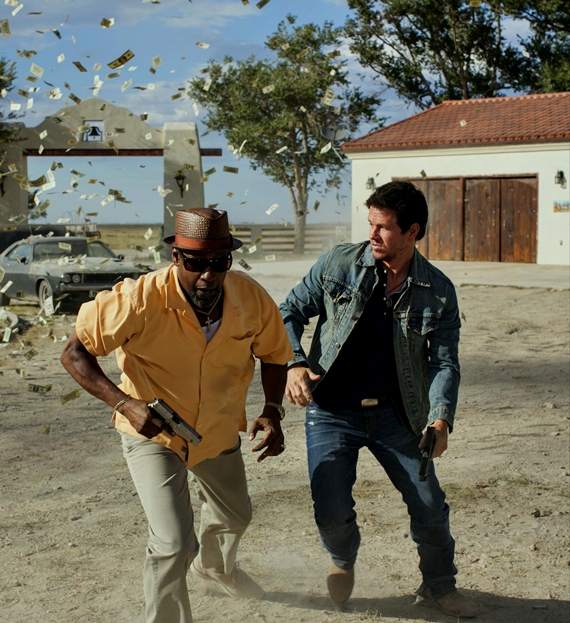 Washington and Wahlberg running from a drug cartel in 2 Guns

When they blow up the deposit boxes they discover more than $43 million — money that will most definitely be missed. It’s not long before it’s revealed that stolen money belongs to the CIA and their enforcer (Bill Paxton) wants it all back.

Additional complications occur when Stig’s commanding officer, Quince (James Marsden), decides the money should be his and Papi Greco also wants a cut. Once their identities are revealed, neither can trust the other, but with several folks gunning for their head, they have to reluctantly work together and figure out a plan in order to stay alive. 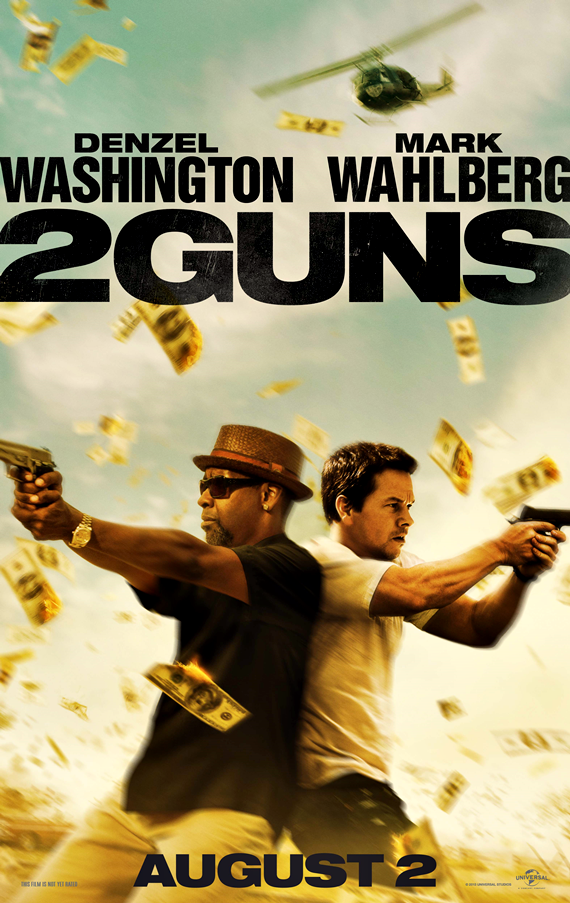 Directed by Icelandic filmmaker Baltasar Kormakur (“Contraband”), it’s a standard cop buddy flick. There are funny lines here and there as the duo bicker and banter, but a perfect paring they are not. Both are adequate in their roles but then, neither role demands much from the actors. Paula Patton, (“Jumping the Broom,” “Disconnect”) rounds off the cast as a federal agent who also becomes involved in the heist.

“2 Guns” is enjoyable and entertaining enough and has the requisite action one would expect from a flick of this nature, but it’s also the kind of movie which you’re bound to forget once you exit the movie theater.