Their only “crime” was to dream of an education and a future, which to Islamic extremists is a nightmare. Boko Haram’s most dastardly act to date — the kidnapping and threat to sell about 275 Nigerian schoolgirls into sex slavery — is a brazen affront to humanity designed to supplant hope with despair. The act is so audacious and has such wide-reaching repercussions that the world must avenge it now. 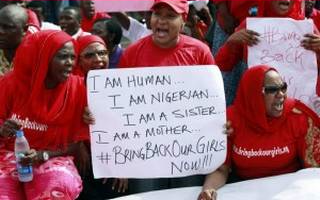 The abducted girls — and others like them — pose a threat to Islamist extremists’ all-out assault on anything modern, progressive or Western. In 2012, Taliban militants ambushed a bus of schoolgirls in a remote mountain region of Pakistan near the Afghan border in an effort to silence Malala Yousafzai, a 15-year-old student, blogger and activist for girls’ education. They failed. Now the entire world knows Malala.

Residents in Chibok, in a remote area of Nigeria’s Borno state, received warnings of a planned attack from nearby villagers who had seen heavily armed insurgents heading toward the town where a government school had opened for students to take final exams. Boko Haram terrorists — whose name roughly translates as “Western education is forbidden” — outgunned a small cadre of soldiers and shipped the girls deep into an area of militant training camps.

Nigeria’s initial response was shameful. The central government seemed indifferent as desperate parents armed themselves with homemade weapons and rode motorbikes into the forest in a futile effort to save the girls. Meanwhile, the government called for a commission to investigate instead of setting out to free the girls, an astonishing show of cowardice that will only allow Boko Haram to become an even more entrenched danger.

The kidnappings were almost three weeks ago, but it was many days before news of the Nigerian government’s inaction went global. Now the message is being carried worldwide through #BringBackOurGirls, a Twitter hashtag tweeted more than 1 million times in support of the schoolgirls.

The international community must continue to exert pressure to bring these young girls back to safety. A generation of young boys was destroyed as they were forced to serve as “child soldiers” in conflicts across Africa. Now Boko Haram wants to destroy a generation of girls whose education could provide the health advances, business successes and political empowerment needed to lift nations from poverty.

It’s not sufficient for the world to merely watch. It must act.