New York – President Obama delivered a speech at UNGA — the United Nations General Assembly — in New York City. The President expressed optimism at the prospects for diplomacy in solving a range of long-simmering conflicts across the globe: “For decades, the United Nations has in fact made a difference — from helping to eradicate disease, to educating children, to brokering peace,” he said. “But like every generation of leaders, we face new and profound challenges, and this body continues to be tested. The question is whether we possess the wisdom and the courage, as nation-states and members of an international community, to squarely meet those challenges; whether the United Nations can meet the tests of our time.” 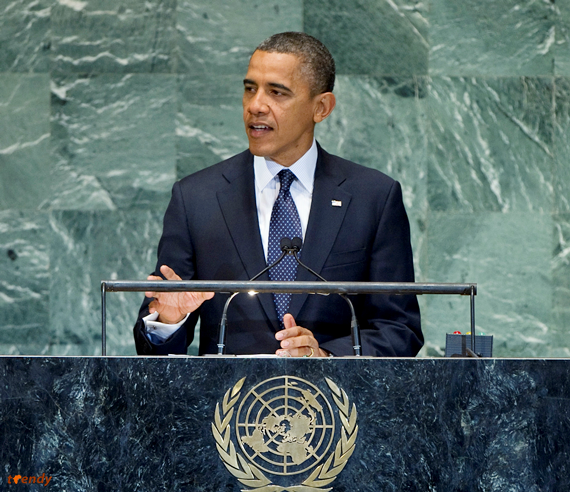 Specifically, he focused his remarks on three themes — the civil war in Syria and the use of chemical weapons by the Assad regime, the potential for diplomatic engagement with Iran, and a revival of peace talks between Israelis and Palestinians.

The President also told the General Assembly that he has hopes for a diplomatic solution to Iran’s pursuit of nuclear weapons — despite decades of mistrust.

Finally, the President urged the entire international community to rally behind the pursuit of peace between Palestinians and Israelis. 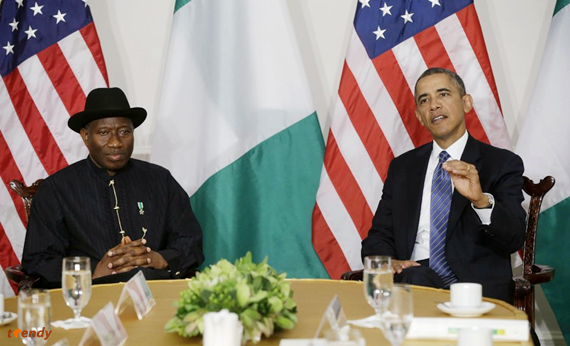 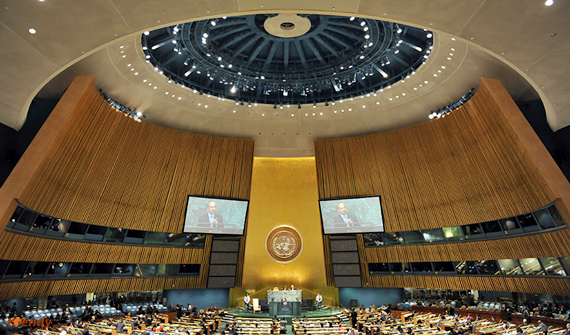 The President said that his administration also looked forward to the further strengthening of Nigeria’s relations with the United States in the areas of trade and economic development.

President Jonathan also gave assurances on his commitment to the continuous strengthening of Nigeria’s electoral processes and the country’s democratic institutions.