Temitope Ojo danced into the Bob Duncan Center grand ballroom like a true princess accompanied by nine bridesmaids to the delight of her beau, Daymon Pope. This scene was captured at the traditional wedding ceremony which revealed the rich Yoruba culture and tradition. AS an African American groom, Daymon really played his part to script as observed during the traditional greetings to the brides parents which saw him and his groomsmen prostrate fully. This is wishing the couple a fun nuptial. 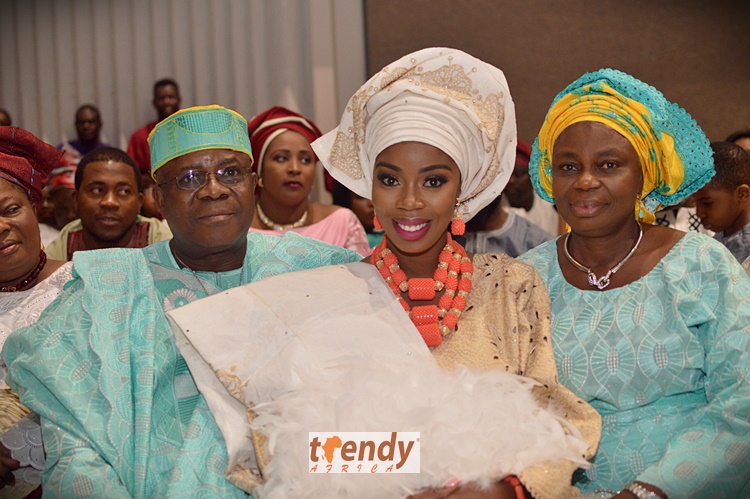