Ziggy Marley was only eleven years old when he first went to Africa with his famous father. That was back in 1980 when Bob performed in Zimbabwe at a ceremony celebrating the county’s independence from England. Since then, it’s been his dream to return to the continent that made a lasting impression on him. 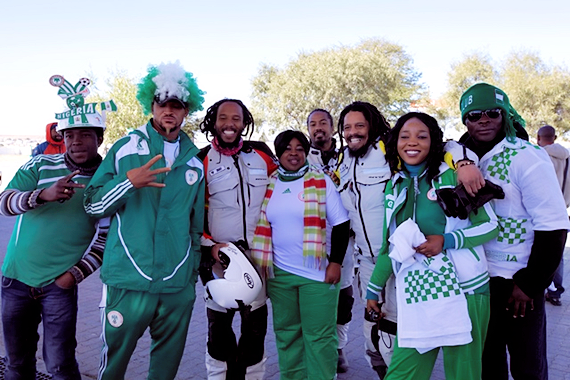 Ziggy, Robbie and Rohan with some Nigerian fans

Along with his brothers Robbie and Rohan, the dream becomes a reality in this travel documentary as the trio set off on a journey to Africa to spread peace, unity and love through music. An adventure that culminates in a free concert in Soweto, “Marley Africa Road Trip” follows the brothers as they navigate through the African countryside and explore the land while meeting several fans of their father. 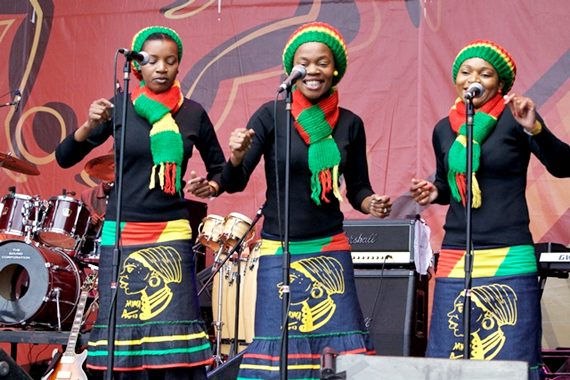 The back up singers at Soweto Concert in South Africa

“Bob always had three loves. Music, football and Africa” shares Ziggy, the eldest Marley son, whose early immersion in music came at a young age when he sat in on recording sessions with his father.

In the six part docu-series,” Ziggy meets with musicians to prepare for the concert and gives us a taste of his father’s classics backed with local musicians as he teaches them to play Bob’s music. He also learns to drive a motorcycle at the Westside Motorcycle Academy before they travel on Ducati Multistrada 1200s across the South African countryside. 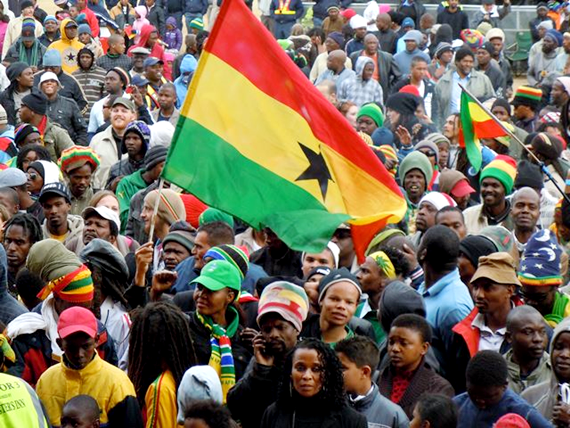 Crowd at the Soweto concert

“This is something I have always wanted to fulfill. When I went with my father, my eyes were opened and I wanted to learn more about Africa,” shares the five time Grammy Award winner. “Africa has a rich history and African unity is something I want to sing about and something I believe in,” he continues. “It’s one of my real passions to do whatever I can to bring the idea of unity in Africa back to the table. Nobody’s talking about it. Nobody’s even thinking about it. But in my heart, I have to know that I did my part. In whatever shape or form, that’s the dream.”

“Marley Africa Road Trip” is a fun and likeable series that follows the brothers as they travel on motorcycles through thriving urban communities and across remote savannahs, all the while building momentum for a spectacular concert.

Directed by David Alexanian, the series features several tracks of Bob Marley and Ziggy Marley’s live and recorded tracks along with some rare footage. 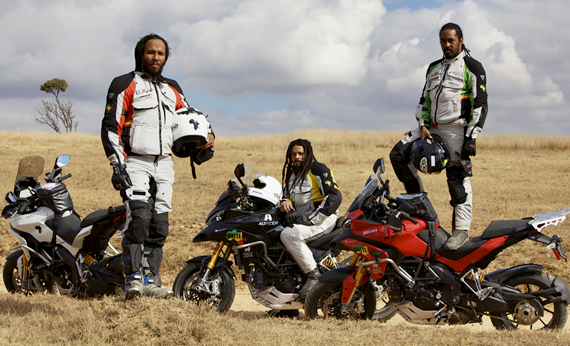 “Marley Africa Roadtrip” is out in the US on DVD and iTunes.

Samantha Ofole-Prince is a journalist and movie critic who covers industry-specific news that includes television and film. She serves as the Entertainment Editor for Trendy Africa. Photos courtesy of Arc Entertainment.