According to the Wall Street Journal, Virtual reality finally gets real in 2016. It begins with the scheduled spring arrival of the long-anticipated Oculus Rift headset, followed by HTC’s Vive and Sony’s PlayStation VR. Unlike less expensive smartphone-based headsets like Samsung’s Oculus-powered Gear VR, advanced sensors and imaging in dedicated headsets promise immersive experiences that will make you feel like you’re in a teleporter. Games and other flights of fantasy will be key to the appeal. But thanks to investments in 360-degree video and apps, you’ll also get closer to not-so-far-out realities.

In 2016, messaging stops being just a way to send texts and emails. Beta-testers in the San Francisco area using Facebook’s Messenger app can already book restaurant reservations, buy a gift for a friend or simply tell you Mom’s birthday. Google is reportedly readying a similar app. Messaging software will also evolve to include more features. Just like China’s popular messaging apps, you’ll be able to pay your friends or bills, book appointments, play games, translate messages and more.

In 2016, drones will get smarter. There are plans to release a waterproof model that launches when flung into the air, then follows you around as you kayak, ski or take a sunset selfie on the beach. Action-camera giant GoPro also plans to deliver a drone, called Karma, though the company has been tight-lipped about how it’ll work.

Here’s a look at some of 2016’s most notable upcoming movie projects.

Hail, Caesar! – The Coen Brothers’ newest film, a wacky 1950s comedy, promises a lighter tone and a more star-studded cast than 2013’s Inside Llewyn Davis. It’s loosely based on the career of the Hollywood “fixer” Eddie Mannix (Josh Brolin), a studio executive who covered up many juicy scandals in his day.

Zoolander 2 – Remember Zoolander? He’s back! After 15 long years (yes, we are all old), Ben Stiller’s cult-hit fashion satire has finally gotten a sequel, and it has a nutty plot and a healthy heap of au courant celebrity cameos (Benedict Cumberbatch, Justin Bieber, Kim Kardashian, and on and on and on). Original cast members Owen Wilson and Will Ferrell have returned too, and Kristen Wiig is also involved, as mandated by the new laws of making comedy films.

The Witch – This 1630s-set horror film, from the first-time director Robert Eggers, caused quite a stir at Sundance in 2015—enough for the studio A24 to postpone its release in order to mount a proper campaign for what could be a breakout hit. Set in Puritan New England, the plot revolves around the disappearance of a child, accusations of witchcraft, and possible demonic possession.

Batman v. Superman – It’s technically a sequel to Man of Steel, the 2013 Superman reboot from the director Zack Snyder. But Warner Bros. is positioning it as the start of a colossal superhero franchise using the characters of DC Comics. So Snyder’s new film has Superman (Henry Cavill) facing off with Batman (Ben Affleck), already an established hero who has his suspicions about the alien hero fanned by the villainous Lex Luthor (Jesse Eisenberg). 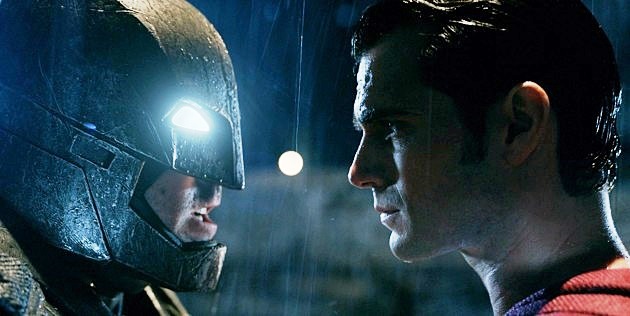 Captain America – The beginning of Marvel’s (slightly terrifying sounding) “phase three,” and the 13th overall installment in the comic book studio’s “cinematic universe.” That’s right, these films have become a teenager. The directors Joe and Anthony Russo, who made the well-received second Captain America film, The Winter Soldier, are looking to continue that entry’s paranoid political-thriller tone, as a schism develops in the Avengers over the proposed governmental registration of superheroes.