Every day, hundreds of homeless and less privileged individuals in the city of Dallas gather at the Salvation Army facility on Harry Hines Blvd, Dallas to be served FREE meals. To ensure consistency and reduced costs, Salvation Army encourages Volunteer’s to assist with preparing and serving the meals. As an annual tradition and on the day after thanksgiving, the Dallas chapter of Great Ife Alumni gather at the Salvation Army facility with their families to volunteer. I was privileged to be in town and to participate at such a show of love in the spirit of thanksgiving. When you look at the able bodied people that are being served, you begin to ponder about their circumstances and just look up to heaven and say; “Thank you Lord”. I congratulate the very able president; Adeolu Esho and the entire Great Ife Family, Dallas for this gesture. 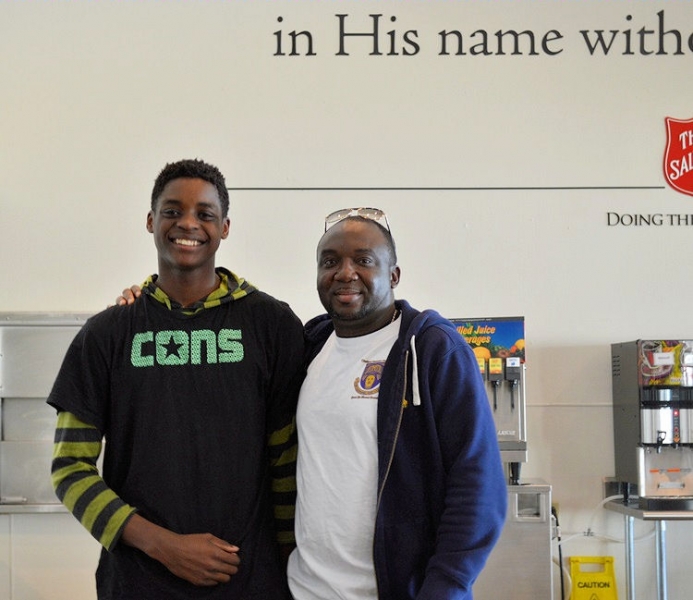 Salvation Army: In the Beginning

In 1852, William Booth embarked upon his ministerial crusade to win the lost multitudes of London to Christ. He went into the streets of London to preach the gospel of Jesus Christ to the poor, the homeless, the hungry and the destitute. Thieves, prostitutes, gamblers and drunkards were among Booth’s first converts to Christianity. His congregations were desperately poor. He preached hope and salvation. His aim was to lead them to Christ and to link them to a church for further spiritual guidance. Even though they were converted, churches did not accept Booth’s followers because of what they had been. Booth gave their lives direction in a spiritual manner and put them to work to save others who were like themselves. They too preached and sang in the streets as a living testimony to the power of God.

In 1888, Janelli came to America and settled in Texas. He got the attention of the rough citizens of the frontier town of Dallas when, attired in a Salvation Army uniform, he took up a position on a downtown street corner and began sharing the gospel message.

Every time Janelli had any degree of success with his street meetings, he would send a long and earnest letter to the organization’s international headquarters in London asking that officers be sent to Texas to lead the work. The letter barrage got so thick that The Salvation Army’s work was officially opened in Texas in 1889.

Facts about Homeless in Dallas