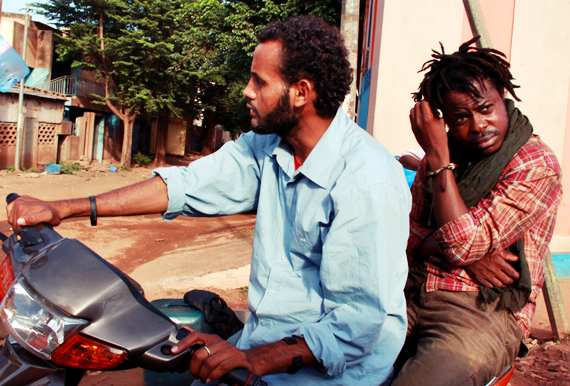 Other awards went to;

The jury was struck by this ‘ masterfully crafted and refreshing film that tells of the fallout between longtime friends and political allies, Mamadou Dia and Leopold Senghor and the ensuing consequences that derailed Senegal’s decolonization and its process of nation building.” They praised the film’s emotional depth, cinematic integrity and the economy of storytelling style.

The jury found this well-crafted film captured ‘a national trauma through the lens of a musician and his muse. They praised the protagonists who give powerfulperformances that concisely convey a deep and emotional portrait of a difficult period in history that continues to permeate their everyday lives.’

The jury commended Nitenga’s range of performance portraying a village boy who becomes a  city gangster while  at the same time advancing an acting career.

The jury applauded Berktukan Befkadu’s “portrayal of a character that carries the film through its unexpected twists and turns while maintaining her integrity in a complex society by upholding its human values.”

Best Sound – All is Well by Pocas Pascoal (Angola)

The jury admired ‘the creative use of direct sound and sound design to enhance dramatic tension.’

The jury said, ‘This screenplay brings back to life historically important events and questions certain imported idealism of the time.’

Special mentions went to Uche Nwadili’s for her performance in B for Boy, and the Tanzanian film Zamora for the captivating camera work.