Britain’s Prince William and Kate Middleton wedded today at Westminster Abbey in a royal occasion of dazzling pomp and pageantry that has attracted a huge global audience and injected new life into the monarchy. 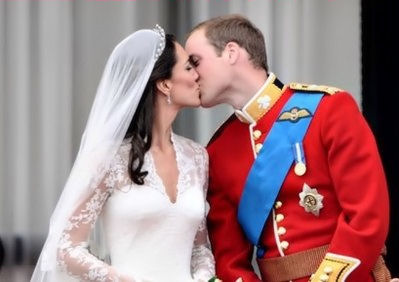 Before the vows, a veiled Middleton, the first “commoner” to marry a prince in close proximity to the throne in more than 350 years, walked slowly through the 1,900-strong congregation to the swirling strains of Charles Parry’s “I Was Glad.” 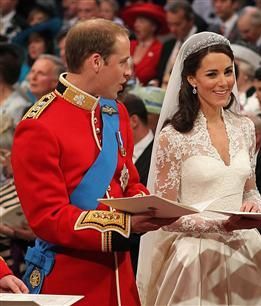 As they met at the altar William whispered to her, prompting a smile at the start of the ceremony. The Archbishop of Canterbury Rowan Williams declared the couple married with the words: “I pronounce that they be man and wife together.” 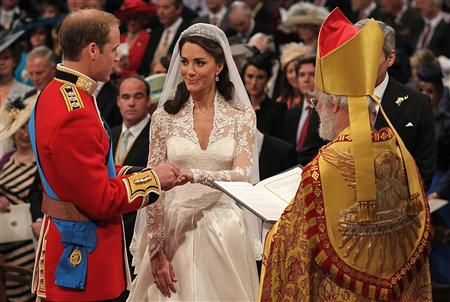 Middleton’s dress, the subject of fevered speculation for months in the fashion press, was a traditional ivory silk and satin outfit with a lace applique and long train. 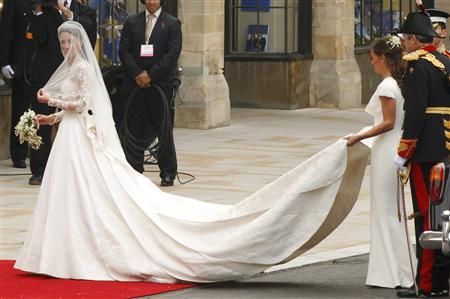 She wore a tiara loaned by the queen and the diamond and sapphire engagement ring that once belonged to William’s mother Princess Diana, who was divorced from Prince Charles in 1996, a year before her death in a car crash in Paris aged just 36. 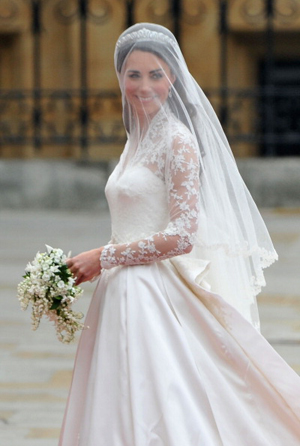 They joined 50 heads of state as well as charity workers and war veterans who know the prince from his military training. Prince William and Kate will now be officially referred to as the Duke and Duchess of Cambridge.