It’s tough to loathe this family friendly flick especially with its adorable little star Quvenzhané Wallis, but it’s also tough to love it. Simply put, this updated tale of a little girl who comes into good fortune by a twist of fate offers nothing new than a modern stamp. In other words, it’s an unnecessary reboot. This third movie adaptation of “Annie” which initially ran on Broadway in 1977 before being adapted into a 1982 feature film and again in 1999, comes with all the trappings of the 21st Century – smartphones and social media. 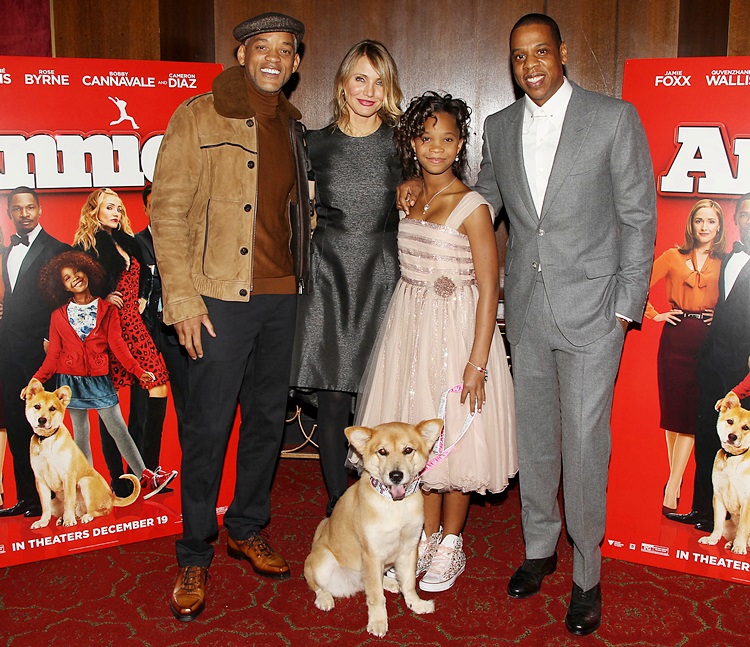 Will Smith, Cameron Diaz, Quvenzhane Wallis, Jay Z and Sandy the dog at the World Premiere of Columbia Pictures Annie at the Ziegfeld Theater.

“Beasts of the Southern Wild” Oscar nominee Quvenzhané Wallis who brings such warmth and exuberance to the role has now replaced the curly red haired white orphan kid we’ve been accustomed to seeing in the previous offerings. In this contemporary reboot, Annie isn’t an orphan and is a foster kid who was left by her parents as a baby with the promise that they’d be back for her someday. She lives with four other foster kids in a two story apartment in Harlem run by her foster mum Miss Hannigan (Cameron Diaz), a washed up alcoholic who spends her days drinking and reminiscing on her glorious heydays (she never got over getting booted from C+C Music Factory). 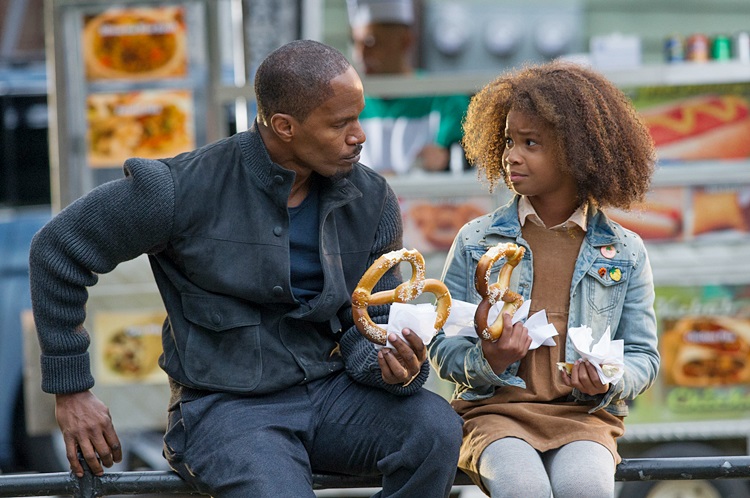 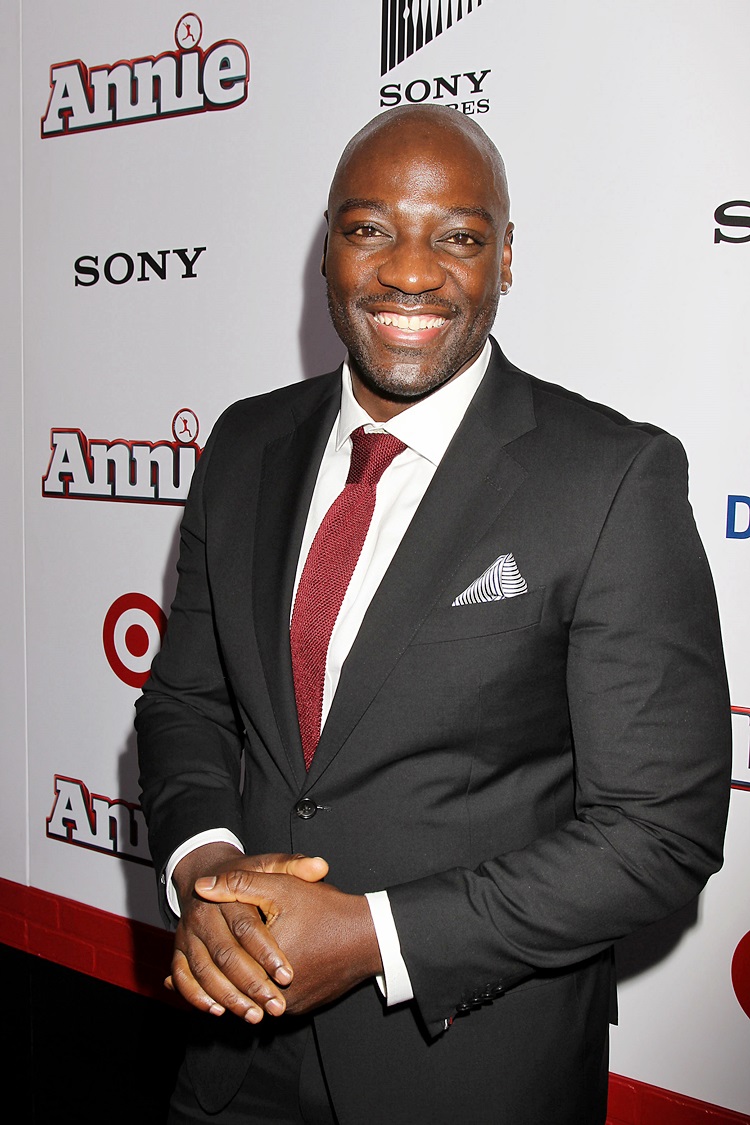 Adewale Akinnuoye-Agbaje at the World Premiere of Columbia Pictures´ Annie at the Ziegfeld Theater.

One day Annie is rescued from getting hit by a van by a germ phobic business tycoon called Will Stacks (Jamie Foxx). Stacks is a New York mayoral candidate whose popularity in waning in the polls. Once a video of the rescue goes viral on social media, he’s advised by his scheming campaign advisor, Guy (Bobby Cannavale) to take Annie in and sway the public’s opinion of him. (“You won’t even know she’s there,” Stacks convinces himself. “It will be like having a turtle.”) Everything changes once Annie arrives at the penthouse and Stacks ends up growing to love her. 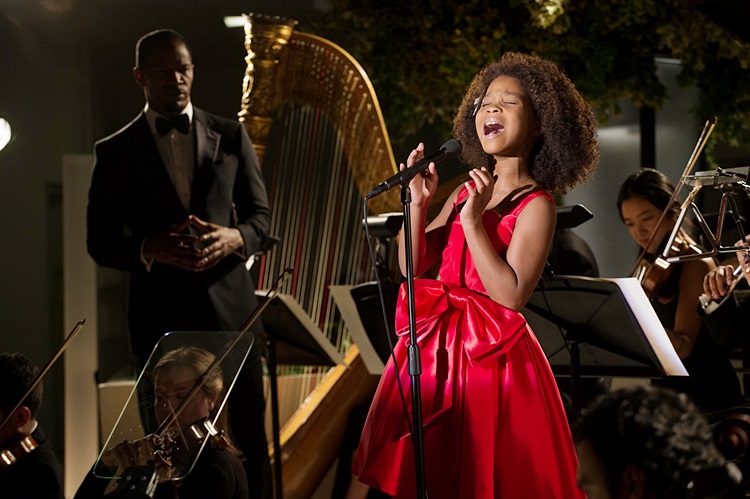 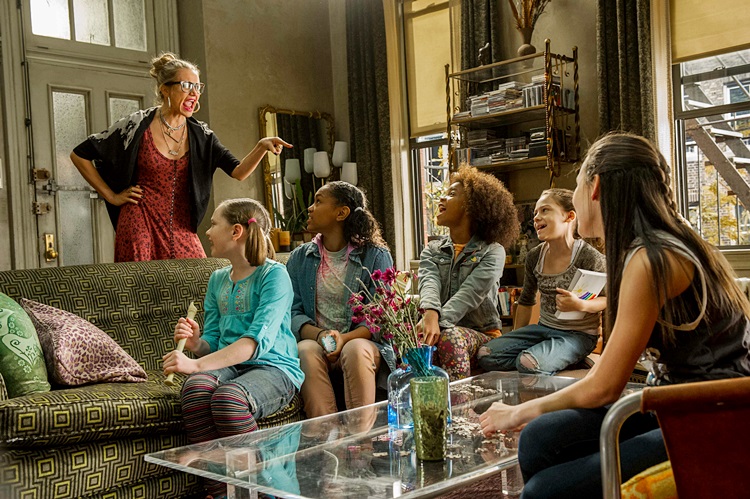 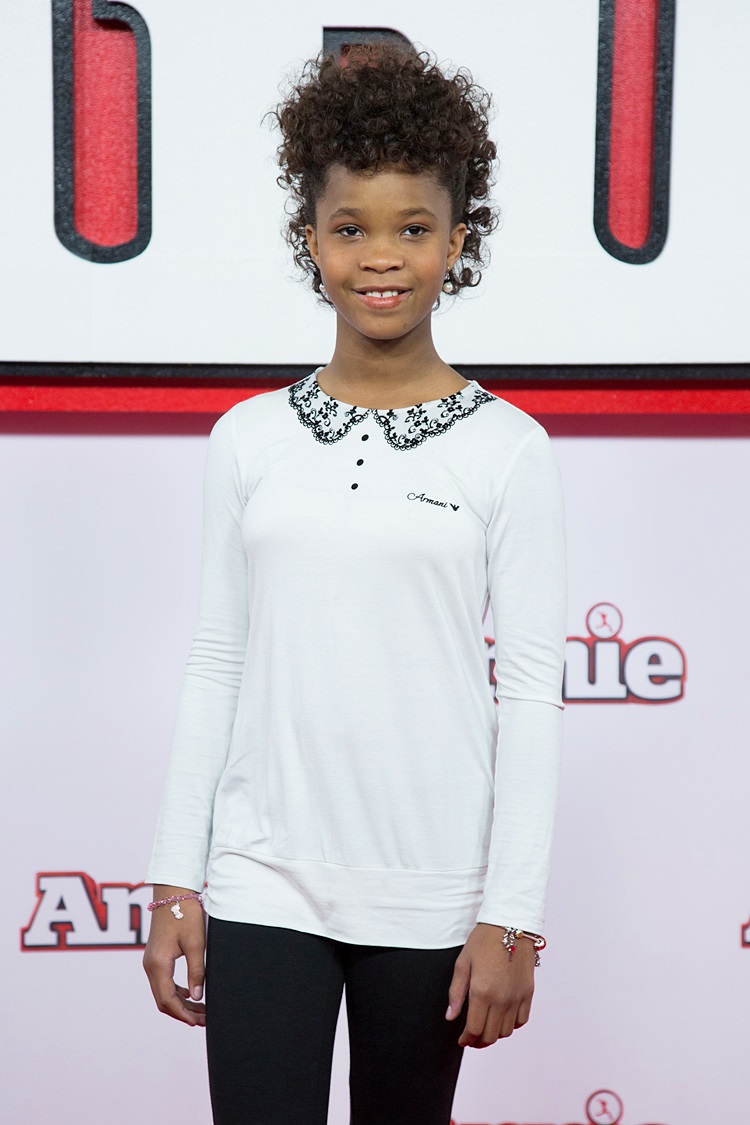 Quvenzhan Wallis at the Photo Call for Columbia Pictures’ ANNIE.

In the title role, little Wallis excels. She’s cheery, and resourceful as Annie, and her relationship with Foxx appears quite genuine. What gets most of what chuckles there are is Diaz as the evil, sex-starved, drink-sodden Miss Hannigan who is ever ready with a tale of how she was almost famous. Rose Byrne plays Stack’s personal assistant Grace and Adewale Akinnuoye-Agbaje and David Zayas round off the cast in small supporting roles. Directed by Will Gluck and produced by Will Smith & Jada Pinkett Smith, and Shawn “Jay Z” Carter, there’s energy, good humor, sing-alongs and enough fluff to engage the youngsters, which is who, this flick is aimed squarely at.