The most advanced and luxurious Mercedes-Benz S –Class yet created has gone on-sale in the UK, priced from £62,650 OTR. The S-Class has never ceased to raise technology standards, pioneering safety, comfort and engineering features such as ABS, anti-lock brakes, SRS airbag, ESP®, catalytic converters and Night View Assist. The new S-Class promises to continue to raise the benchmark in efficiency, in comfort, refinement and personalisation. 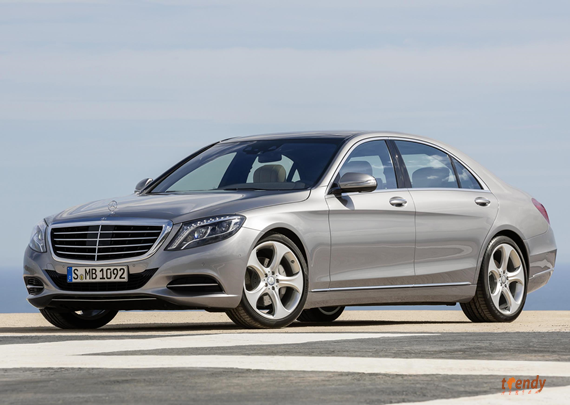 With a three engine line up of one diesel, one petrol and one petrol hybrid – S 350 BlueTEC, S 400 Hybrid and S 500 – the new range also offers two trim choices of SE Line and AMG Line, as well as the standard and long wheelbase options, with UK production commencing in September ahead of deliveries in October.

Additional new equipment for the S-Class includes Magic Vision Control, the innovative wash/wipe system that applies washer fluid directly in front of the wiper blades to minimise waste and obstruction to the driver, enhanced AirMATIC full air suspension system with continuously adaptive damping control delivering a composed ride while retaining the ability to lower at speed (by 10 mm at 70 mph and a further 10 mm at over 100 mph) or rise by 30mm should it be required during low speed manoeuvres, and COMAND Online NTG 5 – the latest generation of telematics – all as standard. 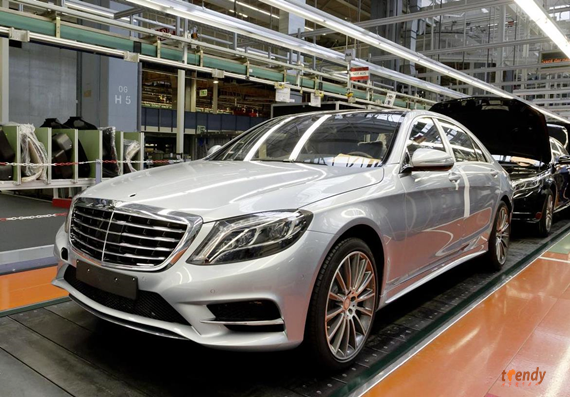 The Magic Body Control suspension system debuts on the new S-Class – an option on the S 500 (£4,340). Linked to the new Road Surface Scan system, Magic Body Control uses a stereo camera located on the top edge of the windscreen to scan the road up to 15-metres ahead, allowing it to model a precise image of the road surface.

The system then uses this image to calculate if any action is required to react to uneven road surfaces. Should this be the case, the damping characteristics of each wheel can be influenced by Magic Body Control through the use of hydraulics operating at a pressure of 200 bar in a fraction of a second. This counteracts the pitching, rolling and lifting motions felt on uneven roads, creating unprecedented ride comfort.