Nollywood Veteran Actor-Justus Esiri has passed on at age 70. The actor who is also the father of Nigerian singer and Mavin record member, Dr. Sidis is reported to have passed away on Monday in his home town after a brief illness. 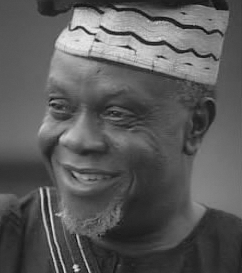 Miss Ibinabo Fiberesima, the President of the Actors Guild of Nigeria-AGN, described Esiri as a “father”, who mentored her in the Nollywood industry, adding that she would miss the erudite actor.

She also described the death of the veteran actor as shocking, saying that the actor was fantastic and very supportive to the guild.

Mr Agility Onwurah, the Chairman, AGN Abuja chapter, described Esiri’s death was one death too many, adding that the latest death marked the fourth within a week.