A London taxi driver has said that he is the grandfather of the young child shown speaking in the latest sick Isis video from Syria. Nigerian-born Henry Dare is the father of Grace “Khadijah” Dare, a Christian convert from Lewisham, who converted to Islam in around 2012. She took her son Isa on moving to Syria to marry Swedish militant Abu Bakr, who was later killed. Henry Dare told Channel 4 News he had not seen his grandson Isa for over three years and was surprised and disappointed to see him in the video, which shows the killing of five Syrians by five IS thugs including one with an English accent. Asked whether his grandson knew what he was doing Henry said: “No, he’s a kid, he’s a minor. He’s under five. He’s acting under the influence of the IS leaders.”

“He’s my grandson. I can’t disown him. I know him very well. He’s propaganda. They are just using a small boy. They are just using him as a shield,” he told the news programme. Hinting that he had spoken to his grandson on the phone Dare told The Telegraph he hoped to see his daughter and grandson again. “I was surprised when I saw the picture. It’s definitely him. Of course I’m worried but there’s nothing I can do now. I’m not angry – I would never have expected it. I just hope someone is trying to bring them back.” In the video, published by Channel 4 News, Grace Dare extolled the virtues of her adopted religion, declaring: ‘I’m not oppressed. If I was oppressed I wouldn’t be a Muslim right now. ‘If I thought Islam was an oppressive religion, I would have left Islam. Islam has made me free.’ Back in Britain, Dare’s lifestyle couldn’t have been more different. 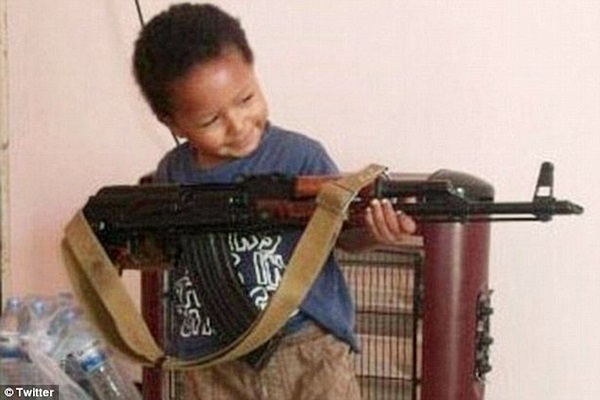 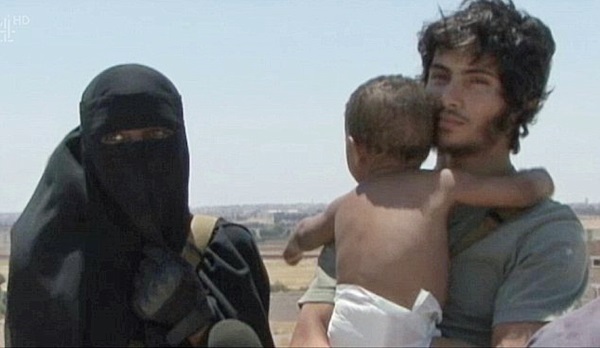 Friends told how she was known for her dimples and her love of her mother’s home cooking and enjoyed wearing tight jeans and platforms. As a child, she had braces and liked to watch football on TV. When she was older she went to a local college to study media studies, film studies, psychology and sociology, and was a popular young girl. But it was at the age of 18, that she converted to Islam and began worshipping at the Lewisham Islamic Centre – which has links to both the Woolwich killers of Lee Rigby and radical cleric Abu Hamza.