The Federal Government on Tuesday asked Nigerian doctors working in the United States and other parts of the world to return home and contribute to the development of the country’s weak health sector.

About 24,000 doctors are said to be practising in America, Europe, Asia, and parts of Southern Africa.

The Minister of Health, Prof. Babatunde Osotimehin, made the remark while receiving a delegation of the Association of Nigerian Physicians in the Americas led by its President, Dr.Julius Kpaduwa, in Abuja.

He said the country was in dire need of their services, especially in tackling the myriad of infant and maternal deaths, and other endemic diseases bedeviling the nation.

He said government had provided a level-playing field for physicians and health workers to realise their aspirations, stressing that their skills were most needed in areas where the government resources were not adequate.

Also on Tuesday, the Peoples Republic of China donated 432,000 boxes of anti-malarial drugs for the treatment of malaria in the country.

Presenting the drugs to Osotimehin in Abuja, the Chinese Ambassador to Nigeria, Mr Xu Jianguo, tasked the government of Nigeria to do everything necessary to eradicate the disease. 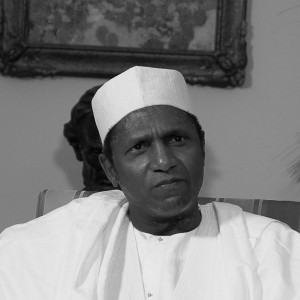 He said that China was able to eradicate the disease several years ago, and it was unfortunate that Nigeria was still struggling with the control of the disease.

He said that China was willing to do anything to assist Nigeria to overcome the burden of the disease through the provision of drugs and insecticide-treated nets.

Osotimehin, in his response, admitted that malaria was one of the scourges that the country was trying to contain, adding that government would employ its resources to eradicate it.

He thanked the Chinese government for limiting the flow of fake drugs from Asia to the country.