Founded in 2002 as an offshoot of the celebrated Knitting Factory club in downtown Manhattan, Knitting Factory Records was rebooted in 2009 with the granting of a licence from the Fela Anikulapo Kuti Estate for the worldwide re-release of his catalogue. 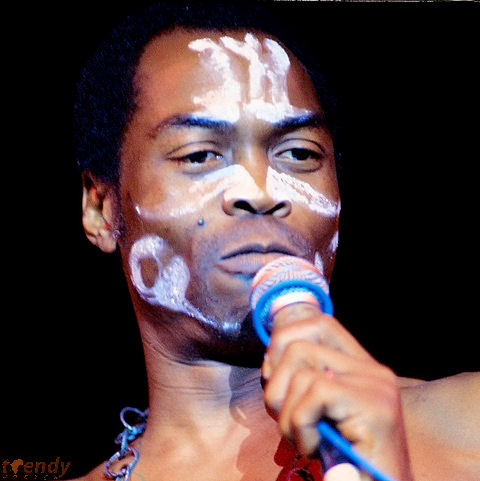 The Knitting Factory group of labels, and arm of Knitting Factory Entertainment, is now making the journey across the Atlantic where, distributed by PIAS, it plans to introduce its artists to lovers of good music in the UK, Eire and throughout Europe.

Steve Rainbow, PIAS Label Manager says: “We are delighted to be working with such a diverse and forward-looking group of labels, and feel particularly privileged to be helping Knitting Factory Records bring the music of Fela Kuti to a new audience.”

Knitting Factory Records’ Label Head, Tim Putnam says: “From the beginning, the Knitting Factory has always been about championing music by artists who are looking to break boundaries rather than adhere to them. And who better than Fela to show who we are and what we stand for! We’re excited to have Knitting Factory Records continue that tradition and look forward to sharing our eclectic roster of incredible artists throughout Europe and the rest of the world.”

The most celebrated artist on Knitting Factory Records’ varied roster needs no introduction, gaining new stature with every year that goes by. As part of the group’s UK/Europe programme, the complete works of Nigerian icon and Afrobeat originator, Fela Anikulapo Kuti, consisting of almost 50 albums, are being re-packaged, with in-depth track commentaries written by Afrobeat historian Chris May, and prepared for a three-batch re-launch between February and September 2013.

The re-release programme will be  spearheaded on February 1, 2013 by the release of The Best of The Black President 2, a deluxe 2CD collection curated by Senegalese-American R&B/hip-hop artist Akon, and including a DVD of Fela’s legendary 1984 Glastonbury concert.

Fela died in 1997 but his legacy lives on. In addition to  the vast catalogue  he has left us, his Lagos home, Kalakuta, has been transformed into the Kalakuta Museum, aided by a $250,000 grant from Lagos State Government who finally, and, thankfully, have recognised his global cultural significance.  His sons, Femi and  Seun, constantly tour the world with their respective bands. Afrobeat can be heard all over the planet. There are now in excess of 50 Afrobeat bands operating in Europe, the United States, Britain, Japan and Australia.

Meanwhile, the new phenomena of ‘Afrobeats,’ performed by a digital-age generation of young African artists, is entering the mainstream charts. While musically departing from Fela’s Afrobeat they are still paying homage to the man by adopting Afrobeats as the genre’s name. But nothing compares to the original!

In recognition of Fela’s burgeoning global stature, a feature film of Fela’s life and times is in the works with Focus Features, directed by Turner Prize winner, Steve McQueen and the hit Broadway Musical, Fela!, recipient of 11 Tony nominations and 3 awards, directed by Tony Award winner, Bill T Jones, continues to play in the world’s most prestigious theatres.