New York – Thousands of Nigerians thronged the streets of Manhattan in New York City to celebrate the 2011 National Independence Day parade. Top Nigerian officials, including the country’s Ambassador to the U.S, Prof. Adebowale Adefuye, and Prof. Joy Ogwu, the country’s Envoy to the UN, attended the parade. The 20th edition of the parade celebrates Nigeria’s 51st Independence.

Former Senate President Adolphus Wabara was also present at the parade, which was organized by Nigerians in the Diaspora, under the aegis of Nigeria Independence Day Parade Committee (NIDC). 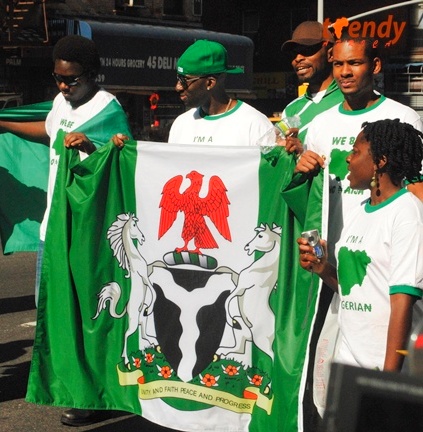 Mr Michael Adeniyi, one of the organizers, said this year’s event was without any incident and added that a record crowd of more than 20,000 attended the occasion. No fewer than 10 beautifully-decorated floats, clusters of youths and cultural organizations marched through the parade routes. 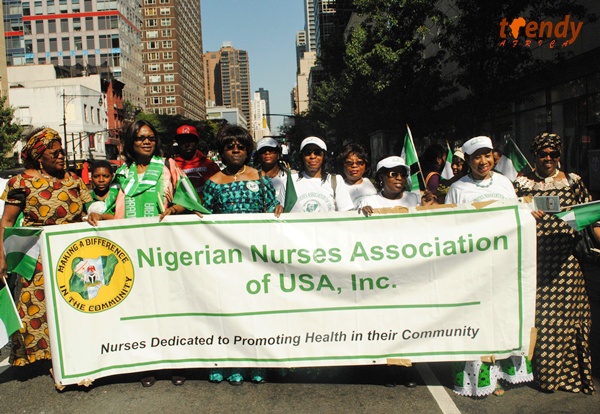 Popular Lagos-based musician, Pasuma Wonder, performed on stage at the Dag Hammarskjold Plaza on 47th Street between the city’s First and Second Avenues. His performance was greeted by rapturous applause by thousands of Nigerians dressed in the Nigerian national green and white colors and waving the national flag. International corporate support observed at the event include; Arik Air and Dish Network.

The routes are from the 54th Street down to the Nigeria House on the 44th Street on Second Avenue in New York City. The New York Police Department (NYPD) provided security around the venue of the grand finale of the parade at the Dag Hammarskjold Plaza on 47th Street.