Aesthetically, the facial make-over is subtle but more aggressive and upscale for the 2016 Ford Explorer which is now available in left-hand drive for Sub-Saharan Africa, bringing more smart technologies, improved performance and efficiency, as well as greater all-round capabilities. Introduced in 1990 as a 1991 model in the US, Explorer featured generous interior space customers were looking for, and was engineered specifically for people seeking adventure for their families and a way to express their individuality. For a quarter century, Explorer has reigned as one of America’s best-selling SUVs. 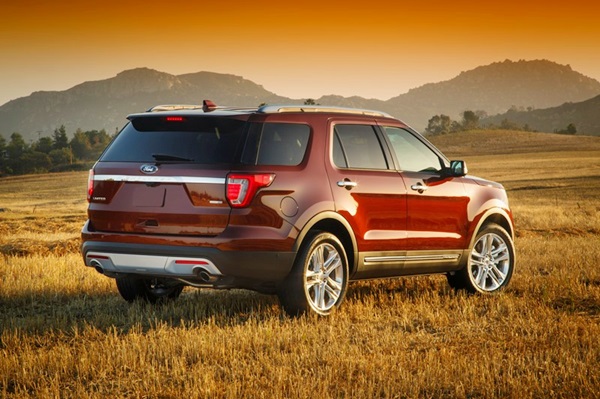 The New 2016 Explorer Interior changes help enhances quietness in the cabin. There are new door seals, and an enhanced sound package which includes engine sub frame mounts specially tuned to reduce vibration. Technological enhancements on the on the Explorer also include; Front and rear cameras with washers, Enhanced active park assist with perpendicular park assist, park-out assist and semi-automatic parallel parking, Smart-charging USB ports located in the front and rear of the vehicle,  Hands-free liftgate with foot control and Active Grille Shutters to reduce drag speeds. 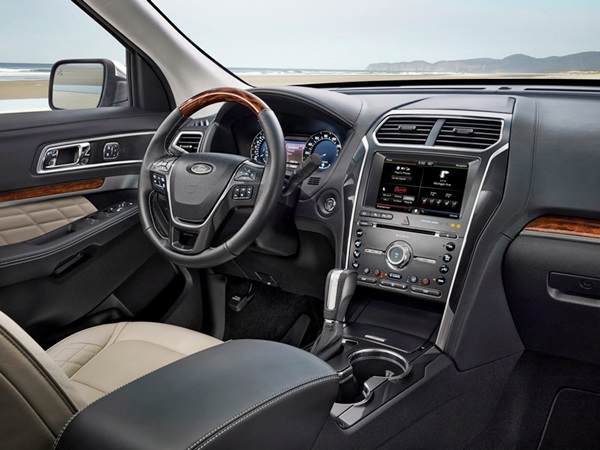 Other features include; Intelligent four-wheel drive which continuously monitors wheel speed, throttle position and steering wheel angle to determine vehicle conditions and driver intent. The system then determines the optimal amount of front and rear torque for the given conditions to prevent slip from even occurring, which helps keep the vehicle sure-footed on virtually any terrain. All the power is produced by advanced engines including the all-new powerful yet efficient 2.3 EcoBoost and 3.5 EcoBoost V6* engines, and proven 3.5 Ti-VCT V6.

“The Ford Explorer helped define how the world thinks about SUVs,” said Rob Johnston, Regional Manager Sales and Marketing, Ford Customer Services Division for Sub-Saharan Africa. “It is the centrepiece of Ford’s global utility vehicle line-up because it delivers an ideal combination of form and function.” Ford Explorer is built in North America at Chicago Assembly Plant, as well as in Venezuela and Russia, and is sold in markets across the globe.