“Madagascar 3: Europe’s Most Wanted” continues a long, happy tradition of animated family movies, that look like they were made for kids and sound like they were made for their parents. It’s a movie about pampered, zoo animals who initially longed to return to “the Wild in the first installment, but now long to return to the zoo, after discovering that giving up their creature comforts (no pun intended) isn’t worth it. 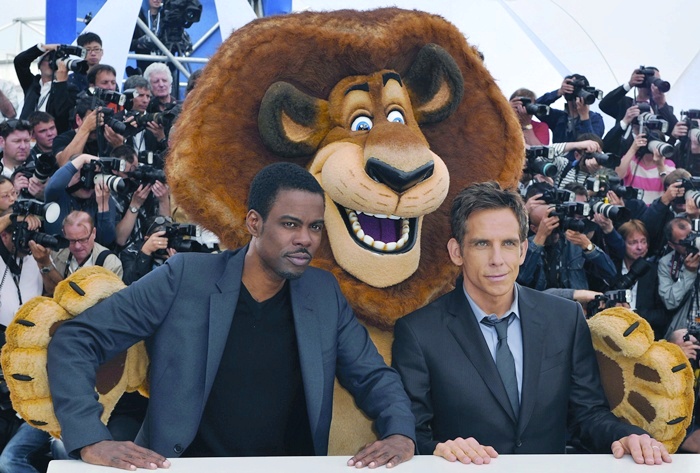 In this high-spirited 3rd sequel, Marty the Zebra (Chris Rock),  Alex the lion (Ben Stiller), Gloria the hippo ( Jada Pinkett Smith),  and Melman the  giraffe (David Schwimmer) are determined to make their way back to The Central Park Zoo in New York City. Leaving Africa behind, they’ve taken a detour and surfaced, quite literally, in Europe. Once discovered by French animal control officer Capitaine Chantel DuBois (Frances McDormand), the pack of not-so-wild animals find the perfect cover in a down-and-out traveling circus where they hatch a plan to reinvent the circus, discover a few new talents and make it home to New York alive.

Directed by Eric Darnell and Tom McGrath, helmers of the franchise’s first two installments, which earned more than $1 billion at the box-office, “M3” wouldn’t have nearly as much kick without the addition of the steely-eyed, animalistic baddie, DuBois.  The perfect villain, she’s no ordinary animal control agent. Part bloodhound and part Cruella DeVil (with a little Edith Piaf thrown in for good measure), her intent isn’t merely to capture the animal. She has plans to annihilate them and bag a lion for her trophy collection. There’s also a new eclectic cast of colorful supporting characters that include Vitaly, a depressed Russian tiger voiced by Bryan Cranston, Stefano, an Italian sea lion (Martin Short) and Gia, an exotic Italian Jaguar (Jessica Chastain) who they meet when they stumble upon a traveling circus train. 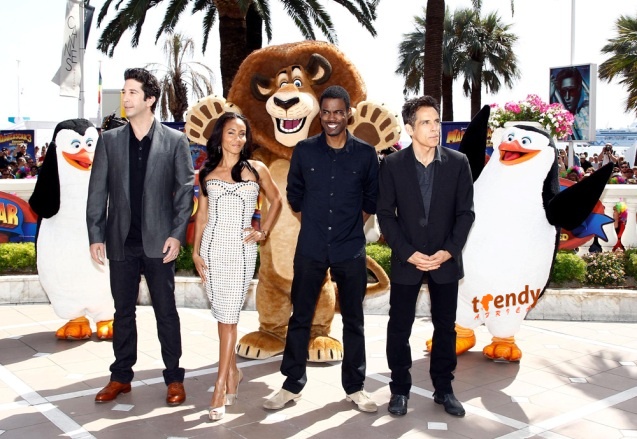 Despite being in 3D, “M3” breaks no new ground in animation, characters, or storytelling, but it is cute and engaging. It’s full of smart, silly little details that’ll make adults smile like the Russian’s tiger who says Bolshevik instead of bulls***!

The pop culture references, the dance numbers and jokes we enjoyed in the first two films are here for parents and kids alike, although it’s the musical numbers which are are real toe tappers, especially the recurring theme song “I Like to Move It” and Katy Perry’s jubilant “Fireworks” which is played during the circus scene.

The messages of friendship, cooperation and acceptance come through clearly and fans of the first two sequels film won’t be disappointed.

Samantha Ofole-Prince is a journalist and movie critic who covers industry-specific news that includes television and film. She serves as an Entertainment Editor for Trendy Africa.