A fictional film on the royal couple Prince Harry and Meghan Markle is set to air on the cable network Lifetime. “Harry & Meghan: A Royal Romance” will follow the fairytale romance of couple who are due to wed in May.

Actor Murray Fraser (“The Loch”) plays Prince Harry while Jamaican actress Parisa Fitz-Henley (“Midnight Texas”) takes on the role of Meghan Markle. The film will follow the couple from the moment they met after being set up by friends, through their initial courtship (while their romance under wraps) until the global media attention surrounding their relationship. 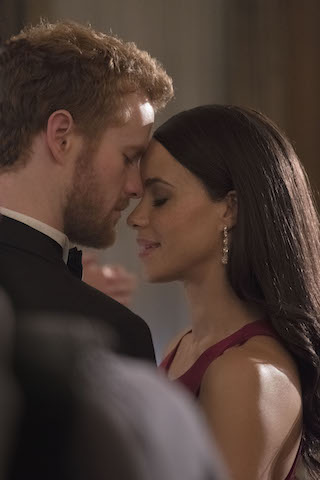 The Lifetime feature will premiere Sunday, May 13 at 8pm ET/PT, and will lead into the real-life wedding of the couple later that week.