People Magazine seem to think so for they have named Sandra Bullock the world’s most beautiful woman of 2015. The 50 year-old actress who is listed in the Guinness Book Of World Records as one of the highest-paid actress in the world, joins a line of actresses to receive the honor, including last year’s cover girl, Lupita Nyong’o. Nicknamed America’s Sweetheart, Bullock’s funny and cute performances have captured the hearts of moviegoers worldwide in movies from “Miss Congeniality” to “The Blind Side.” 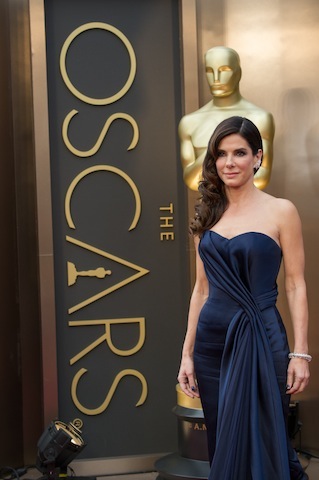 Sandra Bullock at the OSCARS

Well known for her philanthropy, she donated $1 million to the American Red Cross’ Japan relief effort after the country was hit by an earthquake as well as $1 million to Doctors Without Borders to assist with helping Haiti following an earthquake in 2010. She’s also a single mother to a black boy she adopted from New Orleans in 2010 who she named Louis after the famous trumpet player Louie Armstrong. Beauty is defined differently and most agree that it means something along the lines of being attractive and or appealing which Bullock certainly is. The curators at People Magazine spent months culling hundreds of contenders’ merits and the definition of beauty for this annual issue. For the modest actress, it’s an honor she lightly shrugs off. 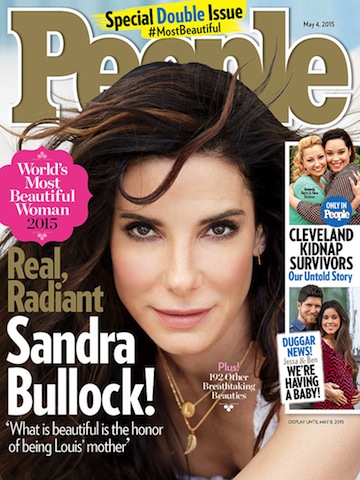 “Real beauty is quiet. Especially in this town, it’s just so hard not to say, ‘Oh, I need to look like that,’ ” she told People. “No, be a good person; be a good mom; do a good job with the lunch; let someone cut in front of you who looks like they’re in a bigger hurry. The people I find most beautiful are the ones who aren’t trying.” The Oscar-winning actress was previously chosen by People (USA) magazine as one of the 50 Most Beautiful People in the World in 1996 and 1999. She can next be heard voicing a female villain in the upcoming animated feature “Minions.” 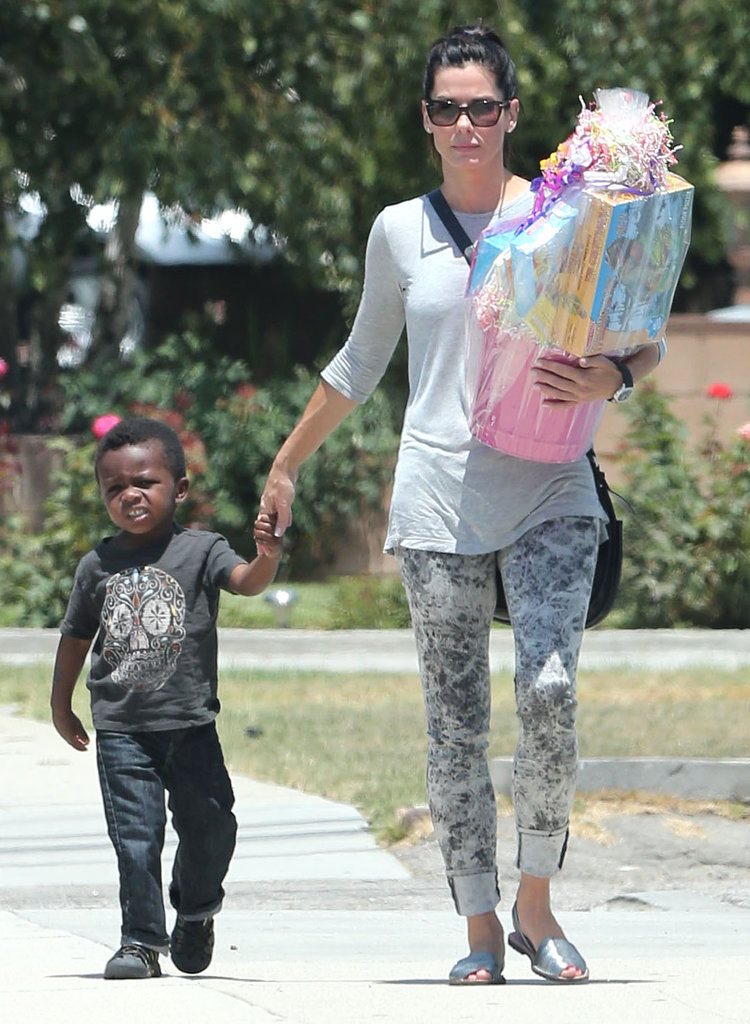 The cover story focuses on Bullock’s home life with her son, Louis, 5, and her efforts to stay healthy and fit past her 40s. “As long as I’m healthy and strong and I don’t let this mind of mine run amok with insecurities about what I am not, I can look in the mirror and like who I see.” Also making the “most beautiful” cut this year: Gabrielle Union, Ariana Grande and Laverne Cox.

The issue is on the newstands.

Previous Article Lagbaja Dallas Concert
Share This
Next Article “Kevin Hart is one of the funniest human beings I have ever met,” says Josh Grad