The Honorable Chairman of the Independent National Electoral Commission (INEC), Nigeria, Professor Attahiru Jega received a hero’s welcome amongst the Nigerian community during a recent visit to the USA. While in the USA, Prof. Jega delivered a keynote address on; “Challenges of Conducting Free, Fair and Credible Elections in Nigeria” at a forum co-hosted by the SAIS African Studies Program, NDI and CSIS. 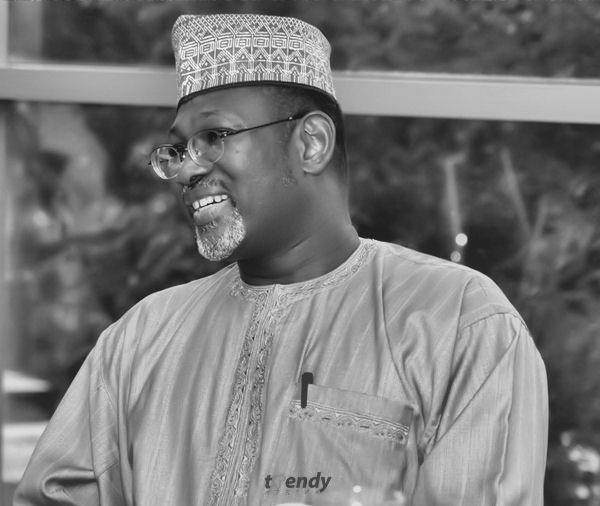 The event, open to the public held at the Kenney Auditorium of the school’s Nitze Building, located at 1740 Massachusetts Ave., N.W., Washington, D.C.

Adefuye noted that the forum was hosted by SIAS’s Bernard L. Schwartz Forum on Constructive Capitalism and African Studies Program; to explore key political and economic factors that have contributed to the acceleration of the region’s development over the past decade. President Goodluck Jonathan appointed Professor Attahiru Jega as the Nigerian electoral umpire. Nigerians later gathered to honor Prof. Jega at a reception hosted by the Nigerian Chancery in Washington D.C.

In a related development, the Nigerian Community in Atlanta, Georgia, USA, under the auspices of the Alliance of Nigerian Organizations in Georgia (ANOG) gave a rousing reception to The Honorable Chairman of the Independent National Electoral Commission (INEC), Nigeria, Professor Attahiru Jega in Atlanta.  Prof. Jega delivered the keynote address at the International Symposium on Managing Conflicts in Africa’s Democratic Transitions organized by the Center for Conflict Management at Kennesaw State University, Georgia, USA.

In his speech, Prof. Jega described the recently concluded elections in Nigeria, as a product of hard work, careful planning, and political maturity of the electorate as well as the determination of Nigerians for sustainability of Democracy in Nigeria. While acknowledging the international community’s reference to the recently concluded elections as the freest, fair and most transparent elections in the history of the country, he conceded that the electoral process was not yet at a perfect state. Lessons learned from these elections have been gathered, and will help improve the dynamics of the next elections.

Professor Attahiru Jega; Vote of Thanks & Thunderous Applause from a Grateful Nation

Written by Paul I. Adujie

Elections are over and inaugurations are scheduled to take place nationwide in a matter of days, and nobody is asking for Professor Jega’s head, what could the secret be?

Local and international elections observers and monitors have all adjudged and pronounced the elections as free and fair. Even, President Obama of the United States in his congratulatory message to President Jonathan, made pointed reference and mention of how remarkably good this election season was in Nigeria!

There is no one complaining and condemning Professor Jega and his effective and efficient management and staff of the Independent National Electoral Commission, So, why is no commending him?

We Nigerians are always generous with complaints, condemnations and scathing criticisms, but how about when it comes to praises, accolades and encomiums for the deserving amongst us?

It is quite curious to be witness of this deafening loud silence in the face of the remarkably outstanding performance by Professor Jega at the end of Nigeria’ general elections, it is quite shocking! We Nigerians should be quick with commendation as we are always quick with our takes no prisoners criticisms.

Why the sudden conspiracy of silence in the face of Professor Attahiru Jega’s superb performance?  Nigeria just had a nearly flawless general elections courtesy, our indomitable and indefatigable son!

A widely acclaimed electoral process was just husbanded and mid-wifed by Professor Jega, but where are the accolades, encomiums and standing ovations of thunderous applause? Nigerians do no mince words in criticisms of government officials, but how about praises for superb completion of a monumental national assignment?

On behalf of all Nigerians and all those who wish Nigeria well, I doff my hat to Professor Jega!

It is the case that a widely acclaimed successful election under his belt and days to his inauguration; the Nigerian voters and public are satisfied and have not expressed any uproars or rancor with the usual vehemence and stridency as is customary, historically, after general elections. All is quiet, in satisfaction, with regard to Professor Jega’s INEC’s extraordinary performance

Professor Attahiru Jega is one of Nigeria’s best. Professor Jega has delivered against all odds. Jega and his INEC carried out a monumental national assignment effectively and most efficiently, shaming cynics and skeptics. Professor conquered the logistical challenges after the technical glitches which occurred on the first day of voting in the series of scheduled general elections nationwide.

He started off, by tackling nightmarish voters’ registrations of millions of Nigerians of voting age, working against stringent time constraint, manpower, money and sundry resources. He succeeded at that, which in turn, became the predicate or foundation, for his overall success at the general election proper.

Professor Jega infused new ideas into our electoral and political process. He involved capable hands across the spectrum and across sectors. Professor Jega is among Nigeria’s best, he is a gem; an astute manager of human and material resources.  We have always known that he is a great thinker and a man of great courage while at the helms of ASUU. He boldly, heroically and courageously stood firm for what is right, even during a military government which brooked no opposition or difference of opinions.

Professor Jega has now also proven that he is a doer! He has actualized and practicalized political theories and brought it all to reality for our national benefits.

His electoral feat brought benefits and progress which will endure for generations to come. Professor Jega has helped Nigeria to entrench and stabilize democracy, and I am left to wonder if this remarkable accomplishment is left unnoticed by millions of Nigerians?

Professor Jega has broken the jinx and the spell which has forever bedeviled our electoral processes. Professor Jega is at once an epitome of fierce nationalism and patriotism, and all that is best in, and about Nigeria!

He is an exemplification of our superb intellects; and he illustrates and demonstrates everything Nigerian and Nigeria at the very best, bar none! He brought his fierce nationalism and patriotism to INEC, to managing the INEC persons and resources with positive zeal which brought us a successful electoral season.

This electoral season it will be recalled, is the season which was predicted as the harbinger of anarchy and disintegration of Nigeria. The nay sayers, the pessimists and the doom and gloom forecast  have been shamed courtesy of Jega ‘s INEC diligence

Professor Jega’s stewardship at the helms of the Independent National Electoral Commission or INEC, has just completed a monumental national assignment; a task which was daunting logistically in every material particular and from every perspectives or angles

A tough and tedious national assignment in scope, size and complexities, made even more complex and complicated by the sundry multiple variables of our nation and the political dynamics, not to mention the vagaries of the political characters and gladiators, who seem to only contemplate winning and never the possibility of defeat at the polls!

I will concede that I was a little rattled by INEC false-start on what was supposed to be first day in the series of elections during this general election season. I had wondered why there were no plans at multiple layer upon layers, so that when plan A failed, plan B should have been implemented or then plan C etc

But, Professor Jega and his INEC rebounded and operated smoothly thereafter, haven learned from the false starts or logistical challenges. It is the case, that INEC operated remarkably and by all measures and from all accounts, Nigerians were suitably impressed by Professor Jega and his INEC, from the fact that INEC officials were on time, to efficient accreditation process to the actual casting of ballots!

There were Nigerians who called my radio show here in the United States live, to comment on how efficient and effective Professor Jega and his indomitable and indefatigable officials were with the humongous assignment which was thrust upon them!

It is no easy task, given our extensive and expansive terrain, geographically speaking; And it is no small task to staff, supply and manage humans and materials for polling units or stations in all the nooks and crannies of Nigeria to the tune of 130,000 simultaneously!

This is particularly challenging, in our national political environment which is fractious, tense and with frictions bordering on the rancorous.

The preceding electioneering season was particularly full and loaded with political gladiators who were animated not about our national interest, national unity and doing the ultimate public good for our common good, but instead, some of these political gladiators were only intend on bringing the house down violently, in the event of their loss!

There were, as a consequence, reasons for well meaning Nigerians at home and abroad to be concerned with the outcomes and ramifications for Nigeria during and after this election season.

In effect, a difficult and weighty national assignment for Professor Jega and his INEC was made even more pregnant with existential implications for Nigeria.

Our continued corporate existence as a nation were put to the test, as it were and thanks to this intelligent, smart, savvy great manager of humans and material, Professor Jega, I can now report that Nigerians and Nigeria can now heave a sigh of relief!

We should, in all of these, not forget to applaud the wisdom, the foresight and vision of those who sought to select this Nigerian gem of a man Professor Jega, for this all important national assignment in the first place!

Through this just concluded elections, it should be clear to Nigerians, and the entire world, that Nigerians are possess capable persons equally capable, ready, willing and able to carry out and complete successfully, monumental assignments or tasks, no matter how delicate, intricate and complex!

Our resolve, our reach, our capacity were amply demonstrated in the just concluded general elections, and we deserve and have earned the right to celebrate and feel triumphal about the almost genteel outcomes.

Professor Jega’s exemplary performance as the helmsman at INEC is resounding victory for all Nigerians and Nigeria. And it is a vote of confidence in our ability to manage anything and everything, when the right persons, materials and excellent can-do attitude are deployed by Nigerians.

In all of this, there is a little something to be said, of that guy, the Goodluck Jonathan guy, who had the foresight and infinite wisdom of selecting the right person for this all-important national assignment! Thank Mr. President for selecting a Nigerian who is not compromised, mortgaged or beholden to anyone!

President Jonathan it will be recalled, hired Professor Jega upon being told that the professor is a seasoned, competent and outstanding citizen with excellent track record and retinue of achievement. President Jonathan got the right and great citizen for the job! There you have it, Nigeria’s bests!

Previous Article Graduation: Elechi Oti, MD
Share This
Next Article At the Bakke Graduate School “meet and greet” in Dallas