She’s the youngest of nine contestants who are battling to earn the coveted title of America’s best undiscovered gospel talent. With perfectly pitched vocals and an eclectic style, Owolabi, a sophomore at Howard University, is earning high praise from the judges on BET Networks’  gospel series ‘Sunday Best.’ For the talented teen who has auditioned for ‘America’s Got Talent’ and ‘American Idol,’ it’s a new found fame she’s gradually getting to grips with. 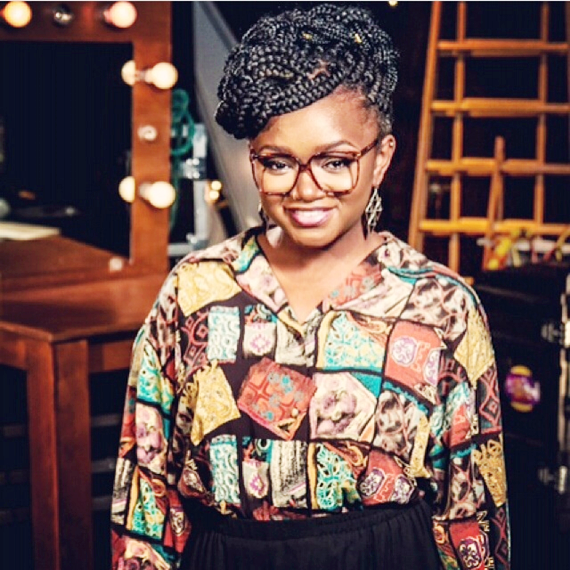 “I thought I was ready for it until the first top 20 episode aired,” she shares. “But then I saw so many comments on social media that were mean, and it was really hurtful. People make a judgment based on what they see and there is nothing you can do to change that as you can’t change someone’s opinion of you.” It’s a downside to fame the bubbly beauty who impressed the judges during the audition process is slowly coming to terms with.

“I am trying not to focus on the negativity, but more on the uplifting messages I receive. I am just hoping that I don’t get too many negative ones and that people see the message I am trying to bring across and instead focus on the music.” A weekly reality show hosted by Kirk Franklin, ‘Sunday Best’ is gospel’s version of ‘American Idol.’ Each week, the judges; Kierra Sheard, Donnie McClurkin and Yolanda Adams — all darlings of the gospel industry, decide who stays and who goes till the final two where America votes for the ultimate winner. With a national recording contract and a cash prize up for grabs, for 18 year-old Owolabi, whose parents are from Nigeria, there’s much more at stake.

“I auditioned for ‘Sunday Best’ on a whim and never did I imagine that I would be in this position today. The bigger picture for me is spreading not only the gospel, but the power that is inside. The youth of today are tired of church and I am personally very tired of church. This show gives you the platform to be the light to other youth who do want more in Christ. The ultimate goal for me is changing gospel music and changing the message and the way the church works.” Now in its seventh season, last year’s winner Tasha Page-Lockhart received a recording contract with Fo Yo Soul Entertainment, a cash prize and a 2013 Ford Fusion. With the competition heating up and nine more weeks to go, it’s going to be tight race to the ‘Sunday Best’ finale finish line. 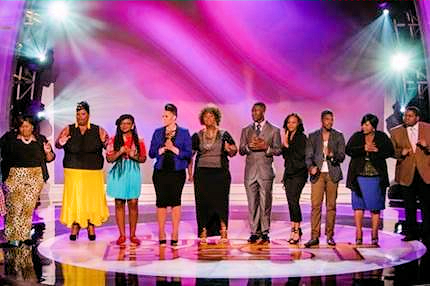 “Even though it is a faith based show, it’s still a competition. If there’s one thing I’ve learned, it’s always be yourself and don’t compare yourself to others. Each week, you see people go home and the level of anointing continues to increase. I don’t want to go home so I will fight to the finish.” ‘Sunday Best’ airs Sunday nights at 8pm/7pm CST on BET Networks.