Secretary of State Hillary Rodham Clinton is in Africa through August 10, 2012.  During this trip, the Secretary will emphasize U.S. policy commitments outlined in the Presidential Policy Directive – to strengthen democratic institutions, spur economic growth, advance peace and security as well as promote opportunity and development for all citizens. 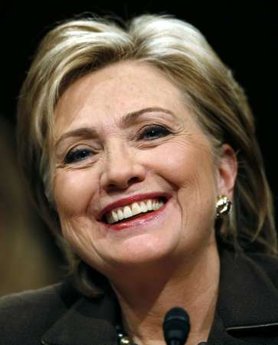 The Secretary’s first stop will be Senegal, where she will meet President Sall and other national leaders and deliver a speech applauding the resilience of Senegal’s democratic institutions and highlighting America’s approach to partnership.

Next, Secretary Clinton travels to South Sudan where she meets with President Kiir to reaffirm U.S. support and to encourage progress in negotiations with Sudan to reach agreement on issues related to security, oil and citizenship.

In Uganda, the Secretary meets with President Museveni to encourage strengthening of democratic institutions and human rights, while also reinforcing Uganda as a key U.S. partner in promoting regional security, particularly in regard to Somalia and in regional efforts to counter the Lord’s Resistance Army.  She will also highlight U.S. support in the fight against HIV/AIDS.

The Secretary will then travel to Kenya where she plans to meet President Kibaki, Prime Minister Odinga, and other government officials to emphasize her support for transparent, credible, nonviolent national elections in 2013.  To underscore U.S. support for completing the political transition in Somalia by August 20th, Secretary Clinton will also meet with President Sheikh Sharif and other signatories to the Roadmap to End the Transition.

The Secretary continues her trip in Malawi, visiting President Banda to discuss economic and political governance and reform.