Ghana as a country in West Africa is indisputably the rave of the moment. They have come out of oblivion to attention. With this has come influence, fame and celebrity status for some of its citizens. Here we highlight 10 most influential Ghanaian celebrities in recent memories. These persons have not only excelled in their careers, but they also have a positive influence on the public, especially the youth who look up to them as role models.

REBECCA ACHEAMPONG (BECCA) – The young and beautiful Afro-pop songstress has undoubtedly excelled in the industry although she has not been around for a long time. Becca has not only won several awards, but has also collaborated with several internationally acclaimed artistes including Hugh Masekela. She has also registered several thousands of underprivileged Ghanaian children onto the National Health Insurance Scheme. 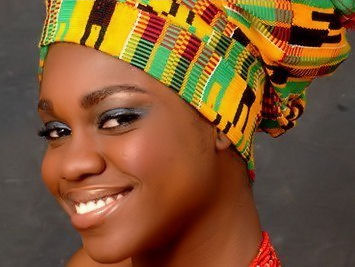 STEPHEN APPIAH– According to our respondents, Tornado, as he is popularly called, was not only an inspirational leader to the national football team, the Black Stars, but was the first skipper to send the team to the World Cup in the history of the nation. He also played an important role during the 2010 World Cup in South Africa during our second appearance. He captained Ghana at their World Cup debut in 2006, and was a member of their squad for the 2010 World Cup. 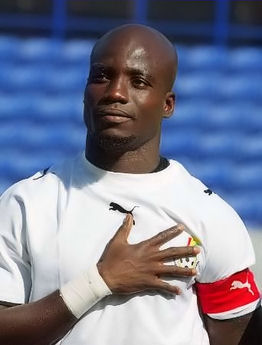 Appiah’s clothing line, StepApp, was launched in November last year in Accra. All proceeds go to the StepApp Foundation. The clothing line will be launched in Africa, and then later in Europe and the United States.

YVONNE NELSON– The pretty screen diva has become one of the most sought-after actresses in both Ghana and Nigeria. Although relatively new on the movie scene, Yvonne is the favourite of many. Through her Glaucoma Foundation, the actress is working across the country to solicit for funds to save the sight of many people; a move that has won the hearts of many. She won an award at the Ghana Movie Awards 2010, was adjudged the best star actress at the Joy FM Night with the Stars 2009 and was an AMMA award nominee in 2007 and 2009.

KWAMI SEFA-KAYI– The renowned broadcaster and host of ‘Kokrooko’, the morning show on Peace FM, was recently adjudged the overall best during the Radio and TV Personality Awards. He is not only the host of arguably the most listened to radio programme in the country, but has also redefined morning radio with his splendid interviewing skills.

Apart from hosting ‘Kokrokoo’ on Peace FM from Monday to Friday between 6am to 10am, Kwame is also a known face on television. He hosts the award-winning programme ‘It Takes 2? and he is famous for his ‘too soon’ Castle Milk Stout TV commercial.

KWAKU-SINTIM-MISA (KSM) – The hilarious TV and radio host is undoubtedly one of the best in the industry. KSM is credited for single-handedly reviving comedy and satire in the country. He is also an inspirational and motivational speaker who travels across the country and other African countries to inspire and encourage the youth to strive for success.

KOFI ADU (AGYA KOO) – This hilarious personality is undoubtedly the most sought-after actor in the country today and the toast of movie lovers both home and abroad. Agya Koo is credited for single-handedly reviving the hitherto ‘dying’ Ghanaian movie industry. No wonder he received a national award for his tremendous efforts. He is also the highest paid movie star in Ghana today.

ABEDI AYEW PELE– Three times African Footballer of the Year, the maestro still continues to wield enormous influence in the world of football through his association with FIFA. Abedi played an indispensable role in fighting to bring the World Cup to Africa for the first time. His football club, Nania FC, recently won the FA cup in Ghana.

GIFTY ANTI– Not only has she performed creditably in her chosen profession – journalism – the beautiful newscaster was recently adjudged the best TV newscaster during the Radio and TV awards. Gifty is also a women’s advocate who has used her TV programmes to encourage and seek the welfare of underprivileged women across the country.

KOFI AMOABENG– CEO of Unique Trust (UT), Mr. Amoabeng epitomizes the Ghanaian ingenuity and the ‘can do spirit’. He started the UT group from virtually nowhere to become one of the best companies in the country. UT is currently a member of the Ghana Club 100.

KOMLA DUMOR– ‘The Boss Player’ took the radio landscape in Ghana to an enviable level before landing a job with the BBC and he is still making waves and raising high the flag of Ghana on the international broadcasting arena. Komla recently made the entire nation proud when he effectively served as one of the news anchors during the royal wedding in the UK.