DALLAS – The 2011 edition of the DFW International community Alliance dinner with Mayors clearly redefined diversity. The dinner which held at the Lovers Lane United Methodist  Church Dallas featured a mixture of diverse entertainment that created a rich colorful ambiance just as the Mayors interacted freely with guests. About 450 guests including 22 Mayors attended the annual international dinner. 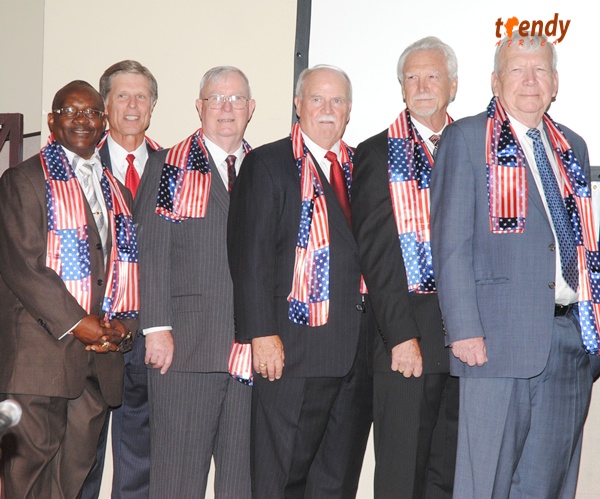 The event also featured a diverse array of contributions towards the four course dinner Menu, Cultural beverages and desserts. The menu comprised of “Ceviche” from Colombia, “Bihun Goreng” from Indonesia, “Injera with Wat” from Ethiopia/Eritrea and “Biryani” from India/Pakistan. The beverages also included Yerba Mate-Argentina, Bunn-Ethiopia, Es Cendol-Indonesia, Sorrel-Nigeria and Bubble-Taiwan.

DFW International Community alliance is the portal to international North Texas, a region in which 44% of the residents are New Americans of first or second generation. Its a network of over 1,600 internationally focused organizations in the Dallas Fort Worth community that embodies the cultural and ecoomic vibrancy of the global community.

Anne Marie Weiss-Armush founded DFW international in 1998 and currently serves as President. She has produced the Dallas International festival for 12 years and has added the “Fiesta Latino americana” and African Unity Festival to the Organizations initiatives.