The real thrills of a script is usually hidden in the off camera visuals, behind the scene or back stage. What is usually shown to many is superficial. Several years ago in Washington DC, I had an encounter with Estella Ogbonna when she had just commenced unfolding her passion for fashion with the brand name; ‘Estella Creations’. Several years later, we met again in Lagos Nigeria in a hilarious circumstances as she was having an argument with an interior designer contractor while putting finishing touches to an all new concept; ‘XLenTé shoppe’. In this edition of Diaspora Rhapsody, I attempt to extract all that happened between both concepts.

Estella Ogbonna is a Fashion designer first among other things and I am presently in Lagos Nigeria trying to settle in. I had always traveled abroad before I decided to settle in the USA in 2001 because of personal reasons. I immediately went back to school as soon as I got to the USA. 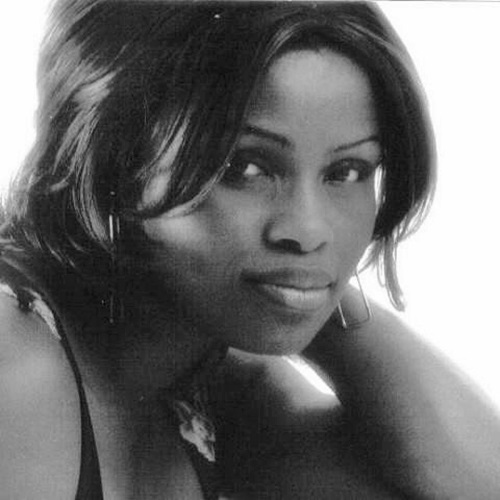 Fashion was something that just happened and was not part of my plan. I was in Networking administration and Information technology. Back then in my Church (Jesus House DC), I was part of the audio visual crew where some people took notice of my constant change of clothes in terms of design concept. Those were outfits my Mum shipped to me from Nigeria and I always found reason to adjust and tweak them a little for a better fit. One of the church members who was then getting married asked if I could help make a particular outfit for her and I did. Before I knew it, the word spread that Estella could design clothes. Eventually, the Pastors Wife; Pastor Omo Ghandi-Olaoye commissioned me to make an outfit for her to use at a National conference of the Church. The news of me being a designer also spread at the conference. The orders began to flow in and I eventually converted my dining space to a fashion studio.

At that time, I had a great bank job but because of the overwhelming inflow of design orders, I had to decide to quit my bank job. This was in 2005. I remember the day I handed over my security badge to the bank; I got to my car and broke down in tears. I kept on asking myself; “Estella, what have you done?” After then, much more orders started coming in and the income was much more than my bank job salary. I was also then a CISCO hardware agent and re-seller but had to quit to create time for the fashion business. 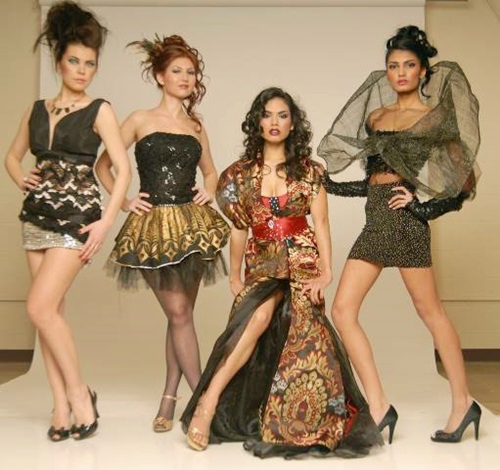 I had initially named the business ‘Tradishionelle’ because at that time there were not many fashion designers working with African Fabrics. I would say I was one of the pioneers in the industry to create designs out of African fabrics in DC. My manager then; Neye Njoku encouraged me to use my name as a fashion brand because of its uniqueness. I eventually made a decision to name the business ‘Estella Couture’.

Interestingly, I had clients from outside my Maryland USA base. At that time too, I was buzzing because I participated and hosted fashion shows on the West and Central coasts of the USA especially with the African Students Organizations. I also had clients from out of country including Canada. One of the unique events I hosted was ‘Fashion for Jos’ which benefited the victims of the Jos carnage by insurgents. I was born in Jos.

I would say the peak of my fashion career was in 2007 before the housing crash of the USA and the great economic downturn. That affected lots of my clients. Buying cloths was no more a priority at that time. That was when I decided to return to Nigeria. 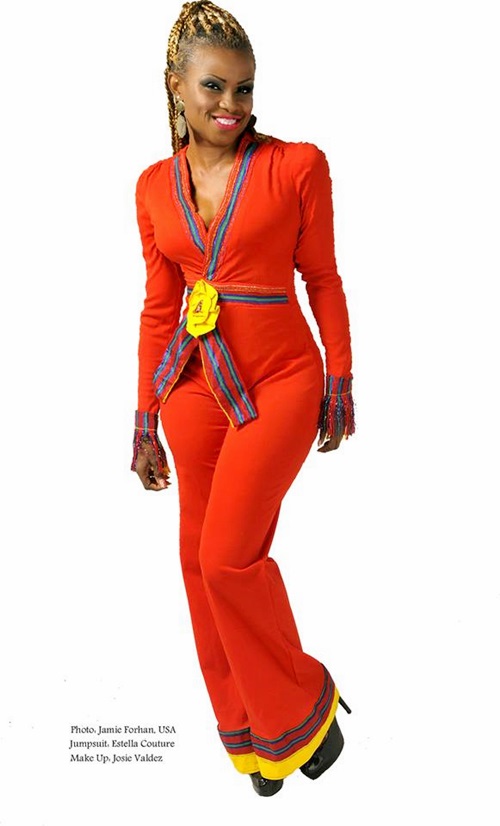 Nigeria on your mind

Nigeria was not in my plan then. I figured that there were lots of designers in Nigeria. My first return to Nigeria was in 2008. I came back with large dreams of setting up a production factory where I would produce clothes and ship back to the USA to well. I had acquired and shipped down sewing machines. I eventually realized that it was not as easy as I envisaged. The overheads to run a factory in Nigeria would kill the business before it even starts. Lack of constant power was a key issue. By the time I calculated the cost of diesel to power a generator, there was no way I was going to even start talk-less of breaking even. One also had to be on site all the time to avoid the equipment’s from being pilfered. The equipment’s eventually got locked up, rusted and depreciated in the garage of my father’s house. I spent only 8 months in Nigeria and returned to the USA same 2008.

I arrived John F. Kennedy airport New York with just $200. It was that bad. I was however no more a stranger because I had my papers already.  I now had to start all over because my boutique was no more and most of my clients thought I was not returning. Starting over was as you can imagine very stressful but eventually made good of it up until 2011 when I had fallen seriously ill and had to undergo surgery. I then left for Ghana under personal circumstances. Well, in 2012 I went into a marriage that made me literally step out of my career and alter my life. That’s how I moved to Ghana and spent about 8 months there. I eventually returned to the USA before taking further decisions.

In 2013, I was invited back to Nigeria to work with Monalisa magazine. The idea then was to train to be a freelancer representing the brand in the USA but when they noticed my pace of work, they convinced me to stay back in Nigeria. I worked with the Magazine for just about 3 months after which I went to Calabar to work with the then Cross River State Governors Wife. I had gotten the link from the USA. I worked in Calabar for about one year till 2014. Calabar was a nice experience even though I worked as an employee at the State Government executive level. The tenure of the then administration was ending so I was not planning to stay there beyond my assignment. I also went back to the USA in 2014 to take care of some issues. I then returned to Lagos. However, there is a personal reason why I returned to Lagos which hasn’t materialized so I beg to be silent about that for now. The other main reason was to run the boutique.

The plans to open XLenTé shoppe emanated during the summer of 2015. As you know, part of the reason I’m back here is to promote the industry in any way I can and I believe that by running this boutique, designers would have an outlet to display and sell their stuff. 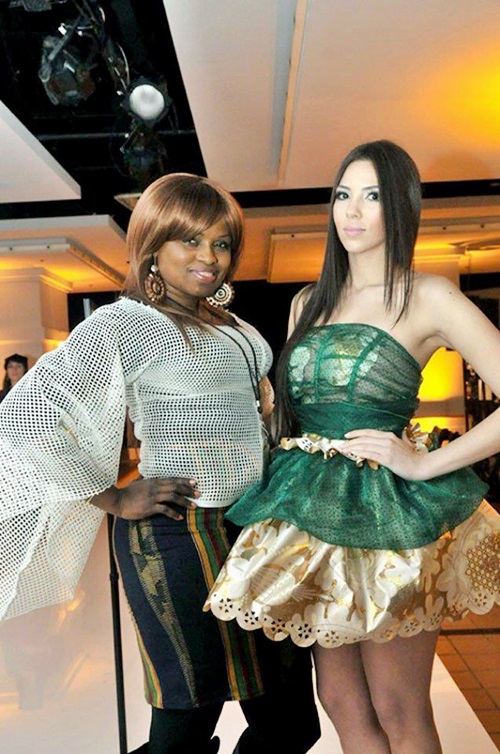 I can write a book to describe the differences between the two worlds. Truly, it’s not easy in Nigeria. In the USA, I miss the food, the hygienic standard of living, good transportation; I miss trust worthy individuals unlike in Nigeria where a contract does not mean anything to some individuals. I miss the quiet life especially devoid of noisy and pollutant generating sets. I miss the fact that in the USA you can rely on their medical emergency services especially the prompt response when you dial 911 unlike in Nigeria. There was an instance when I was sick at night and I had to wait till morning to go see a Doctor.

My confidence level being back in Nigeria has been fluctuating. At this point right now (as at the time of this interview) it is at a high. I have come this far and believe things will work out. My faith in God is key with my drive to succeed. I have also maintained the same passion for my business and interestingly I have also been meeting fellow returnees which are really encouraging. One of the things that will make me stay in Nigeria is making money. I have also always had a dream to build an orphanage in Nigeria. It’s a dream I’ll have to fulfill before I die.

For those planning to immigrate to the USA, I wish them well. The US is still a great country and they should keep their focus right. I’ll still return there eventually. Right now, there is a global economic crunch and so people should not rely too much on the fact that traveling abroad will bring instant respite. In the USA, you really have to work. For me, I did a lot of charity work while promoting our culture.

I play Candy Crush to calm the brain cells 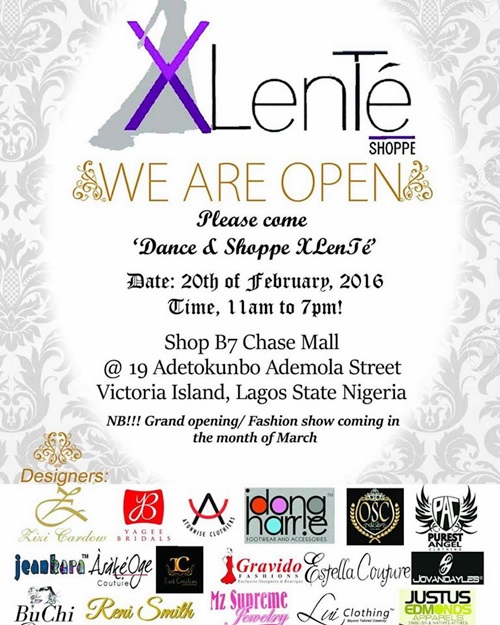 Tosan Aduayi is the founder of Trendy Africa Magazine and has been an active journalist since 1994.  Diaspora Rhapsody is a periodic documentary to serve as an advocacy for change.