Actor, producer and humanitarian Danny Glover, who served as Goodwill Ambassador for the United Nations Development Program, will be presented with the NAACP “President’s Award” at the 49th NAACP Image Awards on Monday.

A huge presence on screen, stage and television for more than 30 years, Glover served as  a Goodwill Ambassador for the UN  focusing on issues of poverty, disease and economic development in Africa, Latin America and the Caribbean from 1998 to 2004,  With film credits that range from the “Lethal Weapon” franchise to Steven Spielberg’s “The Color Purple” and the HBO movie “Mandela,” his upcoming projects include “Come Sunday” opposite Chiwetel Ejiofor, “Old Man & The Gun” with Robert Redford and “Proud Mary” opposite Taraji P. Henson which hits theaters Friday.

“Danny Glover is a remarkable man whose accomplishments in Hollywood are matched by his philanthropic triumphs,” stated Derrick Johnson, President and CEO, NAACP. “Mr. Glover remains a great artist and true inspiration who always uses his celebrity status to advance the cause of social justice and respect for our diverse society. It is with great honor that I bestow this year’s NAACP President’s Award on Mr. Glover for his phenomenal altruistic efforts both domestically and internationally.” 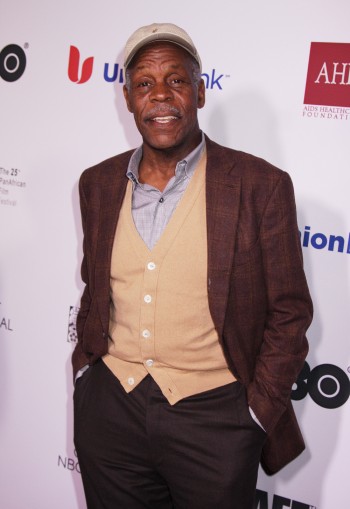 The NAACP Image Awards celebrates the accomplishments of people of color in the fields of television, music, literature and film, and also honors individuals or groups who promote social justice. Winners will be announced during the two-hour star-studded event hosted by Anthony Anderson, which will be broadcast live on TV One at 9pm/8c on Monday, January 15, the federal holiday honoring the birthday of Dr. Martin Luther King, Jr.