Los Angeles – Columbus Short is either an incredibly lucky guy, an extremely talented actor or, most likely, he’s a combination of both luck and talent.

The actor, dancer and musician who got his first break in the dance flick “Stomp the Yard” has had a very illustrious career staring in hits flicks such as “Save the Last Dance 2,” “Quarantine,” “Whiteout,” “This Christmas” and the musical drama “Cadillac Records” with Beyonce Knowles.

“It’s a blessing because initially I was on that audition grind 4/5 times a week,” says the 27-year-old Missouri native.

With several projects in the pipeline including the John Singleton movie “Tulia” with Halle Berry and Billy Bob Thornton, “The Losers”, and a “Stomp the Yard” sequel which he’s executive producing, Short can be seen in the drama “Armored”, an action packed thriller about a bunch of armored truck guards who plan a robbery of their own security firm.

“It’s a very smart movie and I fought to get the part,” he says. “I hadn’t done a movie in this genre and the role wasn’t written for an African American and the director didn’t want an African American to be the lead. So there was a campaign that had to take place on my behalf to prove and convince the studio I was right for it.

Directed by Nimrod Antal (“Vacancy”), Short’s character, Ty Hackett, is a former war vet who signs on as a guard at Eagle Shield Security. With mounting unpaid bills, a mortgage and the responsibility for his 14-year old brother (Andre Jamal Kinney), he’s soon convinced to execute what is deemed as a perfect crime – to steal 42 million dollars from his armored truck.

“There are no martini glasses and women. It’s just blue collar men backed into a corner who feel like they were owed. It’s good guys making bad decisions and it juxtaposes drama and action in a believable way with plenty of rock ‘em, sock ‘em and blow ‘em up moments as well as emotionally intense scenes,” says Short whose intensity is evident on screen. “I haven’t done anything heroic in my life so to live that out in a film is amazing and that’s what I love about acting because I get to do things I don’t normally do. I was a hero in this movie and it was attractive.”

“Armored” is currently playing in theatres 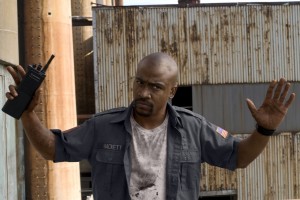 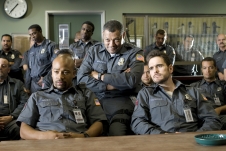