New York – Signs of the coming of a new season became glaring as I stepped out of Terminal B at the La Guardia Airport into a waiting car rental pick up shuttle bus. Temps were in the upper 70’s as against the 90’s of my Dallas base. Great idea to have had my blazer on which was really an attempt to reduce the weight of my hand luggage. The cool atmosphere further blended with the good feeling about my assignment to document the wedding between Charity Nwosu and Emma Okeke. The couple had chosen the luxurious Viana Hotel and Spa as the rendezvous point for the wedding party. The environment here ignited an excitement and created a good feeling about the hours ahead.

It was obvious that the bride ensured that the day’s memory would forever remain special in her mind. A glance through the penthouse window revealed four hired limousine’s; a vintage Rolls Royce for the bride, a Hummer H2 for the bridal party, a Lincoln for the groom and his men and a Cadillac Escalade for the brides Mum. A pair of Jimmy Choo shoes balance on one of the glass tables in the penthouse just as International make over and headwrap exponent Segun Gele focused on the details and flawless looks of the bride. The Italian designed beaded gown looked ever so royal on the bride as she alighted from the express elevator to an excited wedding party whom had gathered at the lobby of the Viana. 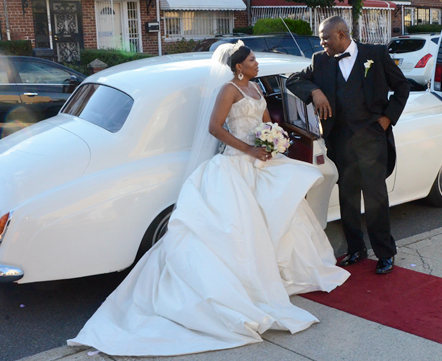 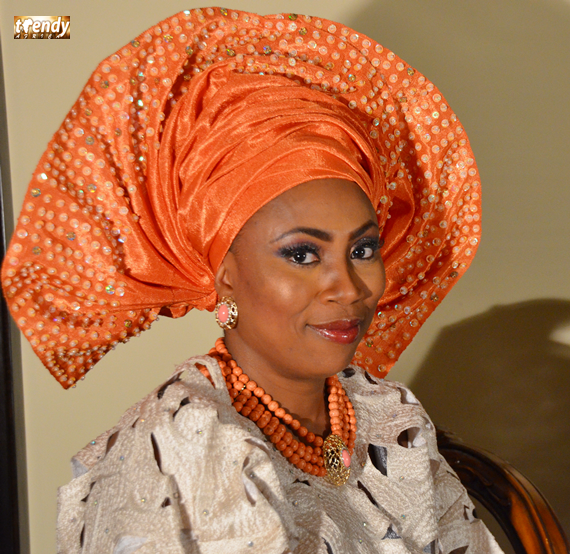 Charity alighted from the Rolls and carefully climbed the concrete steps leading into the St. Fortunata Catholic Parish in Brooklyn where the exchange of vows and invocation held. The wedding party spent time in the beautiful garden of the Church exchanging pleasantries with the newly wed and catching a moment for photographs before proceeding to the sand castle reception venue in Franklin Square, New York. Very opulent in outlook, Sand Castle features an intimated but extremely photogenic garden, ballrooms to suite every tasteful event, a rotating stage, a fully automated descending bar,an upper deck with wrought Iron tables and chairs, a full catering service, an in built CCTV system that captures the moments during the event and more.

The newly wed ensured that guests received the highest level of entertainment by fully utilizing all the amenities that the Sand Castle has to offer. Cocktail hour featured a multi-diverse platter, open bars, grill, seafood, live music and more while the main reception was a spectacle to behold. The custom designed linen on each table held sway as the already served fruit medley appetizer for each seated guest lay in waiting. This was closely followed by Filletto Di Pomodoro pasta and Mesclun greens salad. The entree included Filet Mignon, pan seared Atlantic salmon, jumbo shrimp organata and rack of lamb. The cafe bar was another spectacle to behold.

The wedding train entry and the traditional attire re-entry of the newly wed created a buzz with the DJ imputing popular tunes to the delight of the crowd whom were ever ready to show appreciation to the couple. As they say, A visit to New York is an inspiring experience and so was being at Charity and Emma’s wedding.