WASHINGTON, D.C. – Today, as part of an Inauguration for all Americans, the 2009 Presidential Inaugural Committee (PIC) announced a bipartisan group of national leaders who will serve as the mistress and masters of ceremonies or act as introducers at a series of bipartisan dinners to take place on Monday, January 19th, the eve of Inauguration Day. 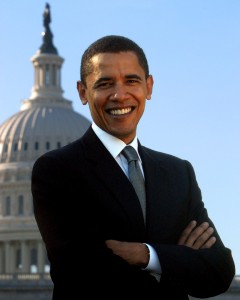 Each of these leaders has a career that has been marked by a commitment to place the interests of the American people ahead of partisanship.   Veteran Republican Senators John Warner (Ret., R-VA), Chuck Hagel (R-NE) and Lindsey Graham (R-NE) will play key roles at the three dinners, each introducing an American whose lifetime of public service has been enhanced by a dedication to bipartisan achievement.

“On the eve of this historic transfer of power, Americans from both sides of the aisle will come together to move past partisan differences and start a new chapter of cooperation for the common good of our country,” said Presidential Inaugural Committee Director of Communications Josh Earnest.

Vice President-elect Joe Biden will be honored at a bipartisan dinner held at Union Station.  Democratic Governor of Virginia Tim Kaine will serve as the master of ceremonies, and United States Senator Chuck Hagel (R-NE) will introduce Vice President-elect Biden.

The PIC previously announced the lineup of dinners as part of an inauguration that reflects President-elect Obama’s commitment to bridging partisan divides and working in cooperation to meet the challenges of our time.Attending will be leaders in Congress from both sides of the aisle and Americans of both parties from across the country.