In 1997, James Bond escaped a scene using a remote controlled tablet-like device to navigate his BMW out of a danger zone. Today, the all-new 2016 BMW 7 series has a remotely controlled driving capability and sets a new benchmark in lightweight design, driving dynamics, comfort, intelligent connectivity and intuitive operation. The extensive use of carbon-fiber-reinforced plastic (CFRP) in the structure of the passenger cell and the strategic application of lightweight design reduce weight and increase both the overall torsion strength and bending stiffness of the passenger cell. The all-new BMW 7 Series will be introduced in the US as a 740i and a 750i xDrive model featuring BMWs newest and groundbreaking technologies such as world’s first hand gesture control, active kidney grille and air breather, 7 inch touch command tablet, Wireless Charging, and WiFi Hotspot and the standalone option of the Display Key. Other features include; The new iDrive 5.0 with touch screen technology, Panoramic Sky Lounge LED roof, Ambiance Lighting, LED Light Carpet, Largest Heads Up Display – HUD in the industry and Class leading performance and luxury. 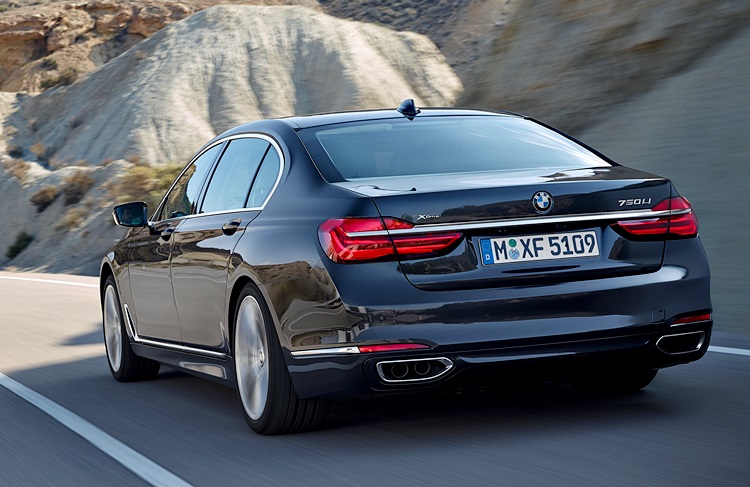 The new BMW 7 Series range is spearheaded by the BMW 750i 4.4 liter TwinPower Turbo technology pumping around 445 horses (hp). The inline-6 with VALVETRONIC and Double-VANOS variable camshaft timing on the 740i produces 320hp. 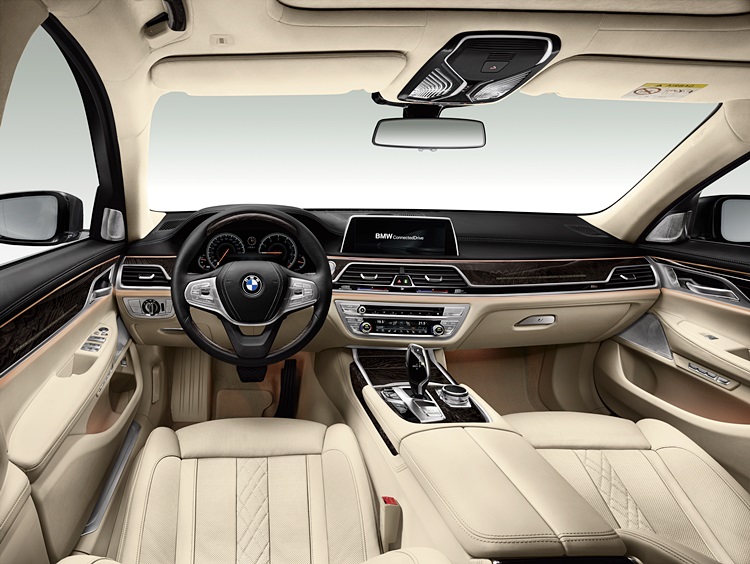 Since 1977, BMW 7 Series luxury sedans have been rolling off the assembly lines at the BMW Group Plant in Dingolfing. The sixth generation is also being built at Plant Dingolfing which, as the center of competence for lightweight construction, plays an important role in the production of the all-new BMW 7 Series. For example, the aluminum bodies for Rolls-Royce models are produced in Dingolfing, as are drive and chassis components for other BMW production plants and supplies both the aluminum chassis and the high-voltage batteries – along with other electric drive components – for the BMW i models which are assembled at BMW Group Plant Leipzig.