Ingolstadt – Audi recorded its tenth victory in the 24 Hours of Le Mans with ultra lightweight technology, an innovative V6 TDI engine and the first ever use of full LED headlights.  After 24 hours the Audi R18 TDI with start number “2” had a winning margin of exactly 13.854 seconds over the second placed Peugeot. This equates to 763 meters. The victorious Audi R18 TDI covered 4,838.295 kilometers. The average speed was 201.266 km/h. 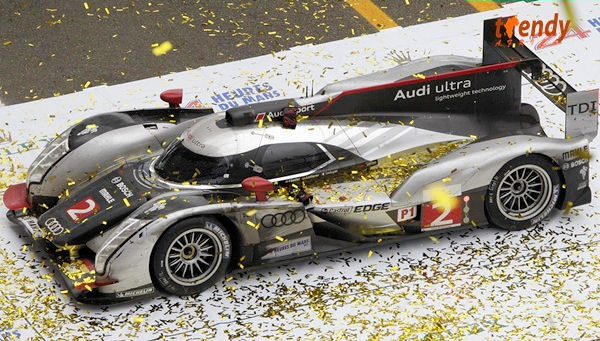 249,500 spectators witnessed Audi’s tenth victory at the 24 Hours of Le Mans.  The fastest lap set by an Audi R18 TDI in the race (3m 25.289s) was more than a second faster than the best from Peugeot (3m 26.298s). André Lotterer even undercut Benoît Tréluyer’s pole position time from qualifying in the process. 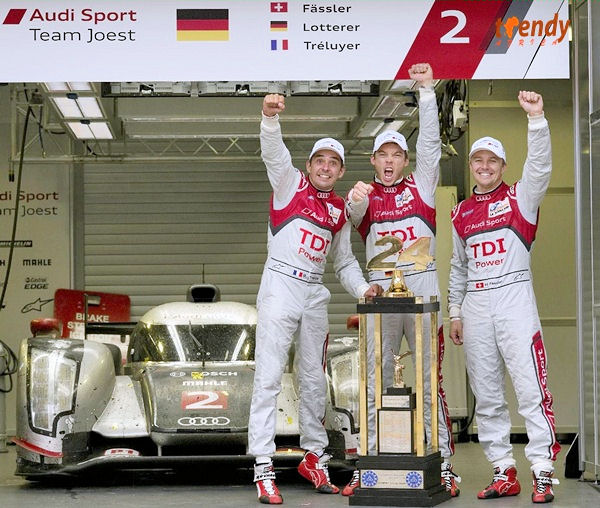 The Audi R18 TDI was superior to its rivals at Le Mans and specifically in the fast corners. In the final sector of the circuit, to which the famous “Porsche Curves” belong, the Audi was eight tenths of a second faster than the best Peugeot. The 3.7 liter V6 TDI in the Audi R18 TDI consumed an average of only 37.08 liters of diesel per 100 kilometers and therefore less than 40 liters for the first time since Audi competes at Le Mans. 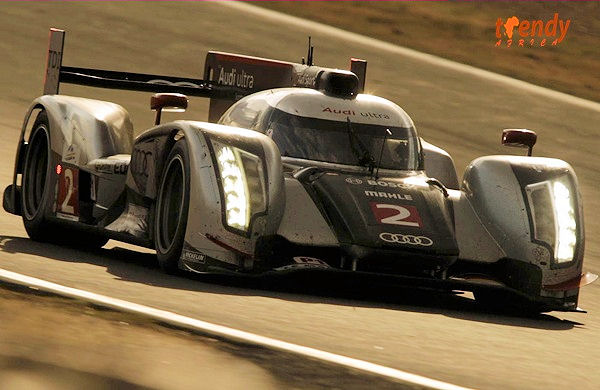