Arik Air, Nigeria’s largest commercial airline, registered two major milestones on December 1st as its six millionth passenger flew from New York, JFK to Lagos. This coincided with the one year anniversary of Arik flying the trans-continental route. Arik Air became the first Nigerian airline to commence scheduled flights to the USA in over a decade, when it started operations from JFK, on November 30, 2009.

The carriage of six million passengers comes weeks after the airline celebrated its fourth anniversary on October 30th. In January of this year (2010), Arik announced the four millionth passenger; the latest figure means the airline with a current fleet of 26 aircraft has now transported more than two million passengers this year alone to its 17 domestic and six regional points as well as three long-haul destinations to New York, London and Johannesburg.

It has been a particularly successful introductory year for the only airline that flies non-stop from the New York to Nigeria. On August 29th (2010), Nigeria obtained the US FAA International Aviation Safety Assessment (IASA) certification, known as Category 1, paving the way for Arik to operate Nigerian registered aircraft to the USA. Arik has been instrumental in helping the country obtain this certification having recently spent over $4 million on improving security operations at key Nigerian airports.

“It’s been an incredible year, not just for our New York-Lagos operation, but for Arik Air as a whole. To have carried our six millionth passenger in just over four years is a remarkable achievement; two million alone this year is a very impressive indication of the accelerated growth that we are experiencing as an airline. Since we started flying to JFK one year ago, we have come a long way in recognition as a safe and secure airline with the obtainment of Cat 1 from the FAA. It will be encouraging to see Arik Air increase its presence in this market and expand on these remarkable achievements.”

About: Arik Air was founded in 2006 and started commercial operations on October 30, 2006 between Lagos, Abuja and Port Harcourt with three brand new Bombardier CRJ900 aircraft becoming the first CRJ900 operator on the African continent and the first airline to introduce new commercial aircraft into Nigeria in over 20 years.

Arik Air is Nigeria’s leading commercial airline. It now operates a fleet of 26 state-of-the art regional, medium haul and long haul aircraft including two Airbus A340-500 making the airline the first operator of the wide bodied aircraft in Africa. 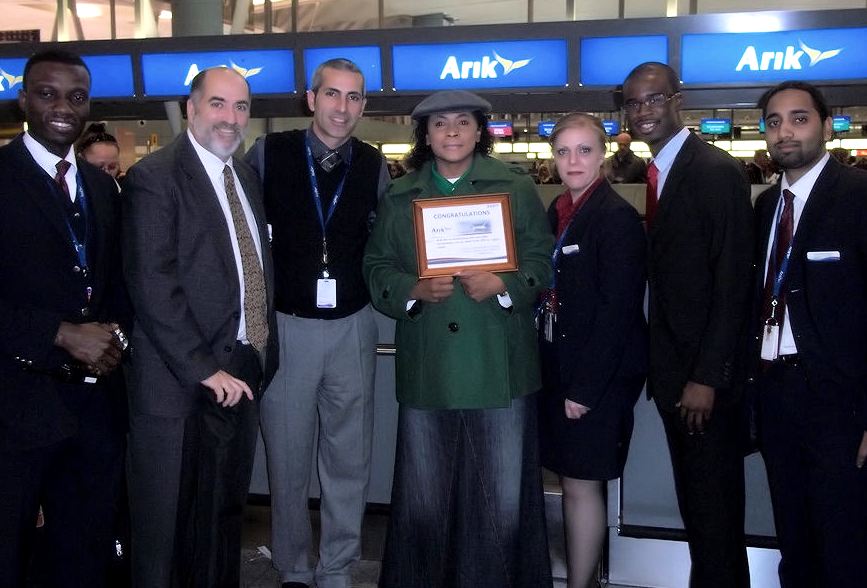