The U.S. Department of State is pleased to announce the East Africa winners of the Apps4Africa: Climate Challenge, a regional competition to address local climate change challenges through the development of web-based and mobile applications.  All three East Africa winners support “climate-smart” agriculture in the region.  Appfrica International, a private sector partner, announced the winners on January 14 at the Villages in Action Conference in Kikuube Village, Masindi District, Uganda.

First place was awarded to The Grainy Bunch, an application developed in Tanzania. The Grainy Bunch features a national grain supply chain management system that monitors the purchase, storage, distribution, and consumption of grain across the entire nation, designed to ensure both food and economic security.  Second place was awarded to Mkulima Calculator, a Kenyan application that will help farmers decide when to plant crops and how to select the best crops for a given location using climate and weather data.  Third place was awarded to Agro Universe, a mobile and web-based app from Uganda that creates a regional marketplace, helping communities prepare for pest- and drought-induced food shortages by linking these communities to farmers with available produce. 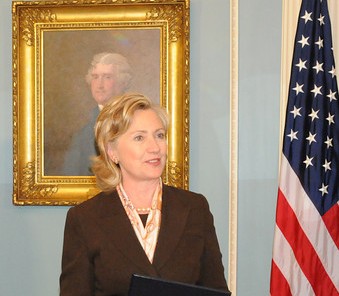 This competition demonstrates that the United States is working with partners to bring together practitioners, policy-makers, and African technology innovators through programs such as the global Adaptation Partnership and Apps4Africa in order to highlight country-driven solutions to climate change adaptation in East Africa.

Apps4Africa: Climate Challenge consists of three African regional competitions.  Winners from the West and Central Africa contest were announced in December, and winners from the Southern Africa competition will be announced in April. These contests build on the outcomes of regional climate change adaptation workshops organized by the Adaptation Partnership, which includes the United States and more than 20 other countries. Winners will receive cash prizes.  Private partners, including TED and Indigo Trust, are contributing follow-on support.