Trendy’s Samantha Ofole-Prince caught up with the actor who plays dual roles in the sci-fi comic book adventure “Thor: The Dark World.” The Afro-British actor who was born and raised in London is best known for his roles in the movies “Congo”, “The Mummy Returns,” the TV series “Lost” and the prison drama “Oz.”

In “Thor: The Dark World” he plays the roles of Algrim and Kurse.  A sequel directed by Alan Taylor and based on the popular comic book series, it continues the big-screen adventures of “Thor, the Mighty Avenger,” as he battles to save Earth and stars Chris Hemsworth, Tom Hiddleston, Idris Elba and Natalie Portman.

What made you want to take on this role?
As an actor as a thespian, we all love Shakespeare and doing all kinds of interesting historical characters, but as a boy and a man it’s a childhood dream. Everyone grows up with superheroes and comic books in their childhood and so to be invited to play some of the characters that are beloved is so dynamic.

Did you see the first film?
Yes I loved it. There was some brilliant acting in it and an interesting story line. It was very human and moving especially the relationship between the brothers Thor and Loki.

What is Alan Taylor like as a director?
I have worked with Alan before on “Oz” and so we met a long time ago. He is an actor’s director which is a treat in such a large tent pole movie like this. He is very on the nose and has a natural flair for action and made each character pop in an individual way. 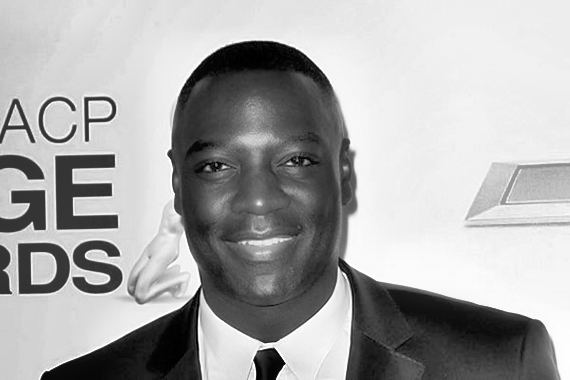 There are lots of special effects and high octane fights especially with Chris Hemsworth who plays the title character Thor. What was it like filming some of those intense fight scenes?
Chris is a professional and he enjoys getting stuck in and we really had fun doing it. There were some great scenes and it shows in the performances. You will see we had fun and often there was the little giggle to the side. 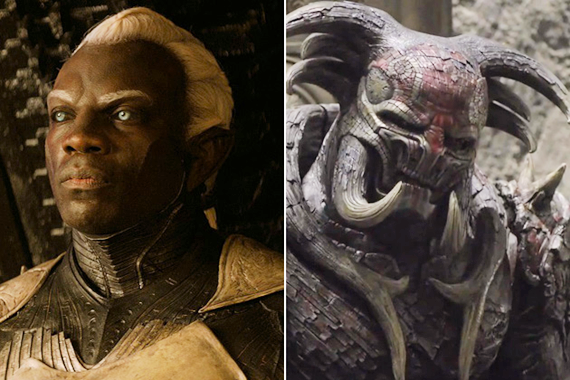 Adewale Akinnuoye-Agbaje  as Algrim and Kurse

Tell us about the distinct characters Algrim/Kurse that you play in this movie and the makeup process involved.
They are the quintessential baddies but they are what I perceive are the victims of the story who have lost their planet and their race. The process is a lengthy one and to become Algrim it took about two and half hours to three hours of makeup. For Kurse it would take about an hour and a half of makeup so you are looking at about six hours in makeup to play both characters. There is prosthetic and wigs, contact lenses which I had to get used to as they impair your vision. 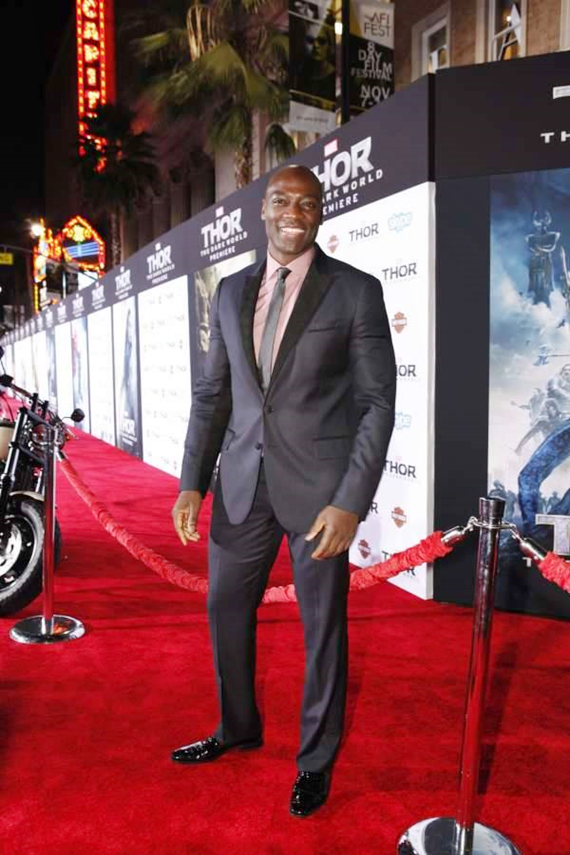 “Thor: The Dark World” is currently out in theaters.