The 6th Mister Africa International finals will be held in Nigeria from the 27th of November to the 3rd of December, 2017 themed ‘ the African edition’. The past five editions have been held in London. The competition will kick off in the vibrant city of Ibadan in partnership with ‘VISIT IBADAN’ were the group of Africa’s hottest men will  tour and take part in pre judging activities and finally return to Lagos were the final show will take place on the 2nd and 3rd of December.

This year, Mister Africa International 2017 competition will have more emphasis on social media and interactivity.  Fitfam Magazine will be the hosting partner of the show and proudly supported by Pageanthology. Previous winners have featured in some of the biggest runways and brand campaigns including Angola Fashion Week, London Fashion Week, New York Fashion Week, the Broonx, Samsung, Woodin, etc. 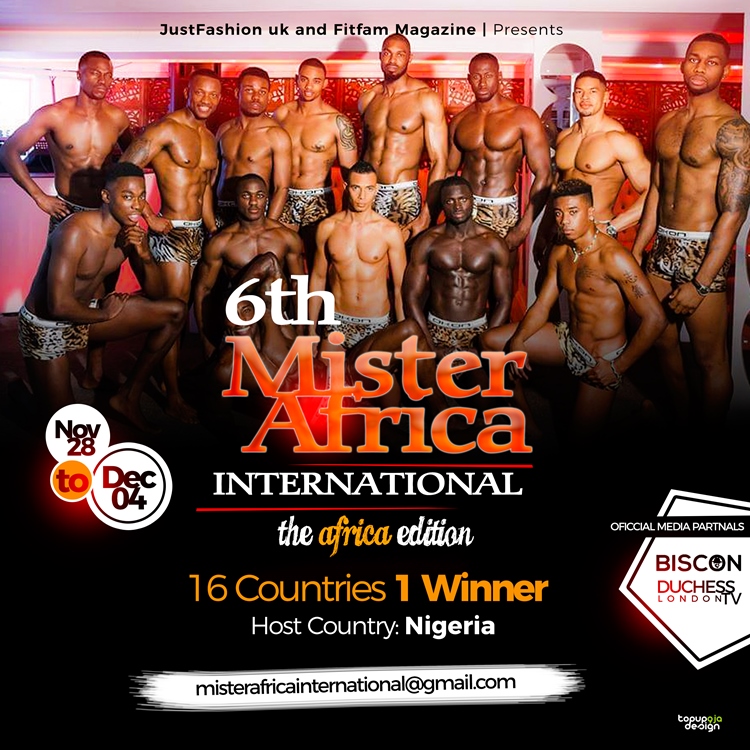