RIO DE JANEIRO – Pope Francis’ historic trip to his home continent ended Sunday after a marathon week-long visit to Brazil that drew millions of people onto the sands of Rio de Janeiro’s iconic Copacabana beach and appeared to reinvigorate the clergy and faithful alike in the world’s largest Catholic country. 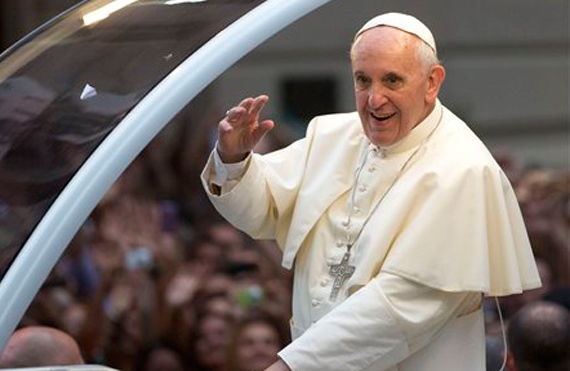 Dignitaries including Brazilian Vice President Michel Temer turned out at Rio’s Antonio Carlos Jobim international airport to bid farewell to the Argentine-born pontiff after a visit marked by big moments. They included a visit to a vast church dedicated to Brazil’s patron saint, a rainy walk through one of Rio’s dangerous slums and a papal Mass that was one of the biggest in recent history. 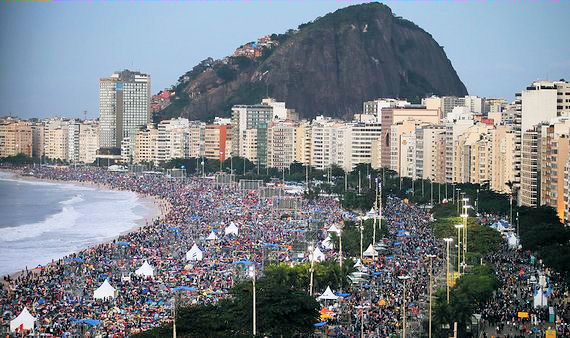 Speaking from a white stage on the sands of Copacabana on Sunday, Francis urged a crowd estimated at 3 million people to go out and spread their faith “to the fringes of society, even to those who seem farthest away, most indifferent.” 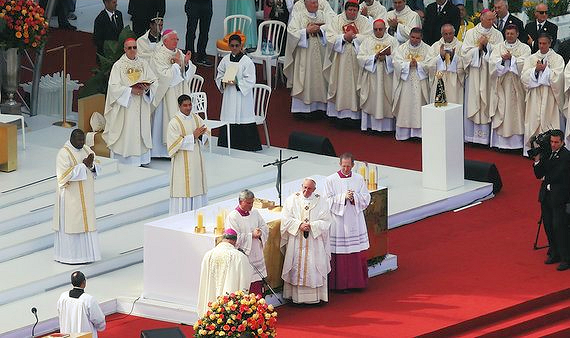 Nearly the entire 4-kilometer-long (2.5 mile) Copacabana beach overflowed Sunday with flag-waving faithful, some of them taking an early morning dip in the Atlantic and others tossing T-shirts, flags and soccer jerseys into the pontiff’s open-sided car as he drove by. 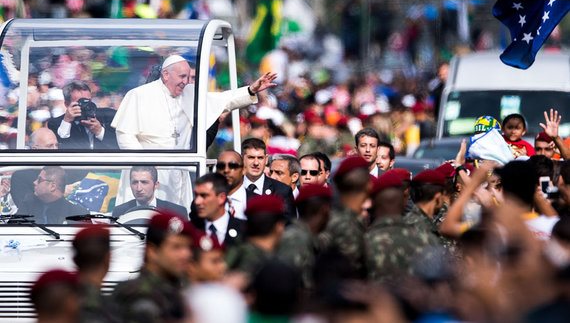 Even the normally stern-faced Vatican bodyguards let smiles slip as they jogged alongside Francis’ car, caught up in the enthusiasm of the crowd.