Choosing friends wisely, quitting smoking, becoming spiritual and drinking in moderation are some of the secrets to living a longer life according to diverse researches conducted worldwide. Here, we share 10 of those secrets.

If you’re overweight, slimming down can protect against diabetes, heart disease, and other life-shortening conditions. Belly fat appears to be particularly harmful, so focus on deflating that spare tire. A 5-year study of Hispanics and African-Americans suggests eating more fiber and exercising regularly are effective ways to reduce belly fat. 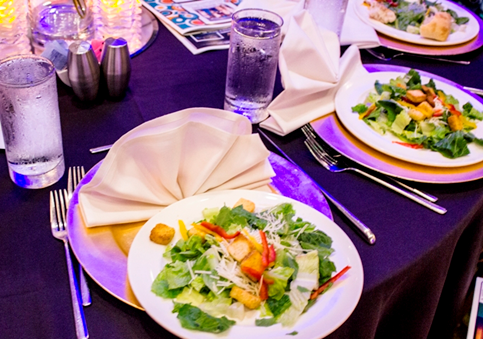 The evidence is overwhelming – people who exercise live longer on average than those who don’t. According to dozens of studies, regular physical activity reduces the risk of heart disease, stroke, diabetes, some forms of cancer, and depression. Exercise may even help you stay mentally sharp in your old age. Ten-minute spurts of activity are fine, as long as they add up to about 2.5 hours of moderate exercise per week.

Heart disease is less common in moderate drinkers than in people who don’t drink at all. But keep in mind that too much alcohol pads the belly, boosts blood pressure, and can cause a host of other health problems. The American Heart Association recommends that if you drink alcohol, the limit should be one drink a day for women and one or two for men. But if you don’t drink, don’t start. There are many other ways of protecting your heart.

While it’s no secret that giving up cigarettes can lengthen your days — the amount of extra time may surprise you. According to a 50-year British study, quitting at age 30 could increase your lifespan by an entire decade. Kicking the habit at age 40, 50, or 60 boosts life expectancy by 9, 6, or 3 years, respectively.

Your friends’ habits rub off on you, so look for companions with healthy lifestyles. Studies indicate obesity is socially “contagious” – your chance of becoming obese increases by 57% if you have a friend who becomes obese. Smoking is another habit that spreads through social ties, but the good news is that quitting is also contagious.

Research suggests people who attend religious services tend to live longer than people who never attend. In a 12-year study of people over age 65, those who attended services more than once a week had higher levels of a key immune system protein than their peers who attended no services. They were also significantly less likely to die during the study period. The strong social network that develops among people who worship together

Letting go of grudges has surprising physical health benefits. Chronic anger is linked to decreased lung function, heart disease, stroke, and other ailments. Forgiveness will reduce anxiety, lower your blood pressure, and help you to breathe more easily. These benefits tend to increase as you get older.

Getting enough good quality sleep can lower the risk of obesity, diabetes, heart disease, and mood disorders. Sufficient sleep will also help you recover from illness faster. Burning the midnight oil, on the other hand, carries serious health risks. Sleeping less than 5 hours per night boosts the risk of premature death, so make sleep a priority

Dean Ornish, MD, has published research suggesting that lifestyle changes including stress management not only help prevent heart disease, but may actually reverse it. Although avoiding stress is not a viable option for most people, there are effective ways to control it. Try yoga, meditation, or deep breathing. Even a few minutes a day can make a difference.

Maintain a Sense of Purpose

Finding hobbies and activities that have meaning for you may contribute to a long life. Japanese researchers found men with a strong sense of purpose were less likely to die from stroke, heart disease, or other causes over a 13-year period compared to those with a low sense of purpose. Another study at Rush University Medical Center indicates that having a greater sense of purpose is linked to a reduced risk of Alzheimer’s disease.