Washington, DC – Today, Gil Kerlikowske, Director of National Drug Control Policy (ONDCP), called attention to the alarmingly high percentage of fatalities on our Nation’s roadways involving drivers that had drugs in their system and called on communities to act immediately to prevent drug use before it starts in light of a new traffic fatality analysis released by the National Highway Transportation Safety Administration (NHTSA).

While national data focusing on the danger of driving under the influence of alcohol is readily available and often cited, less is known or discussed about drivers under the influence of other drugs. However, according to the first-ever analysis of drug involvement from NHTSA’s Fatal Accident Reporting System (FARS) census, one in three motor vehicle fatalities (33 percent) with known drug test results tested positive for drugs in 2009. Additionally, according to the new analysis, the involvement of drugs in fatal crashes has increased by five percent over the past five years, even as the overall number of drivers killed in motor vehicle crashes in the United States has declined.

“Drugged driving is a much bigger public health threat than most Americans realize and unfortunately, it may be getting worse,” said Director Kerlikowske. “It is critical that communities across the Nation address the threat of drugged driving as we redouble our efforts to make America’s roadways safer by increasing public awareness, employing more targeted enforcement, and developing better tools to detect the presence of drugs among drivers.”

These new data from NHTSA’s FARS census reports the presence of narcotics, depressants, stimulants, cannabinoids (marijuana), hallucinogens PCP, anabolic steroids, and inhalants among drivers fatally injured in car crashes over the past five years. Drugs recorded in FARS include illegal substances as well as over-the-counter and prescription medications, which may or may not have been misused. Alcohol, nicotine, aspirin, and drugs administered after the crash are excluded from these results. Additionally, drug involvement means that drugs were found in the driver’s system and does not imply impairment or indicate that drug use was the cause of the crash. However, research shows that drugs have adverse effects on judgment, reaction time, motor skills, and memory – critical skills for safe and responsible driving.

These data build upon other recent reports confirming that there are far too many Americans driving on our roadways with drugs in their system. According to a 2007 NHTSA Roadside Survey of Alcohol and Drug Use by Drivers, 1 in 8 nighttime weekend drivers tested positive for an illicit drug. This number rises to 1 in 6 when you include illicit drugs and pharmaceuticals. Additionally, according to the most recent Monitoring the Future report – the Nation’s largest survey of drug use among young people – one in ten high school seniors reported that in the two weeks prior to the survey they had driven after smoking marijuana. 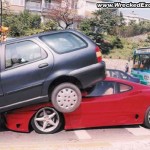 President Obama has made combating drugged driving a drug control strategy priority and has set a goal of reducing drugged driving prevalence by 10 percent by 2015. To achieve this goal, the Obama Administration is encouraging states to explore legal responses, such as per se laws that make it illegal for individuals to drive with illicit drugs in their system. Already, 17 states in the United States have per se or zero tolerance statutes. In these states, it is a criminal offense to have an illegal drug in one’s body while driving. Additionally, ONDCP is providing increased training to law enforcement to identify drugged drivers and is working with the National Institute on Drug Abuse and the Substance Abuse and Mental Health Services Administration to develop standard screening methodologies for drug-testing labs to use in detecting the presence of drugs among drivers. 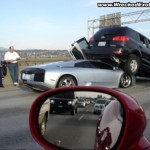 The Obama Administration is committed to restoring balance to U.S. drug control efforts by coordinating an unprecedented government-wide public health approach to reduce drug use and its consequences. This effort includes increasing funding for drug prevention by $203 million and treatment programs by $137 million, placing a heavier emphasis on early intervention programs in healthcare settings, aligning criminal justice policies and public health systems to divert non-violent drug offenders into treatment instead of jail, funding scientific research on drug use and expanding access to substance abuse treatment. ONDCP has also revamped the National Youth Anti-Drug Media Campaign to include a broader focus on substances most often abused by American teens, including prescription drugs, marijuana, and alcohol, and partnering with communities to reach at-risk youth populations in rural, suburban, and urban communities.

To download more information on drugged driving, including resources parents and communities can use to prevent drugged driving among young people visitwww.TheAntiDrug.com

The Office of National Drug Control Policy seeks to foster healthy individuals and safe communities by effectively leading the Nation’s effort to reduce drug use and its consequences.