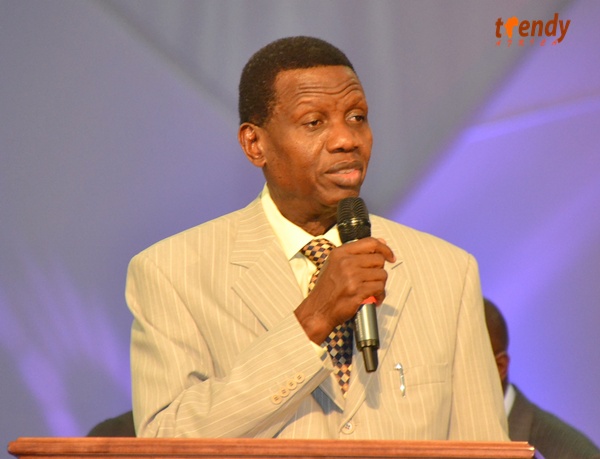 The General Overseer of RCCG Pastor Enoch Adejare  Adeboye and his Wife Pastor Foluke Adeboye(Mummy G.O) were on hand to officiate the ordination ceremonies that marked the commencement of the 2011 convention. The event also featured soul inspiring performances by the youth groups, the Mass choir and guest artists.

The Redeemed Christian Church of God was born in 1952, destined by the Lord Himself to take the world for Him. The church continued to meet at 9 Willoughby Street until they were able to acquire some land thereby witnessing relocation to the present site of the Headquarters of the church at 1-5 Redemption Way, Ebute-Metta, Lagos (formerly 1a, Cemetery Street).

Sometime in the early 70s, God had spoken to Pa Akindayomi about his successor. The Lord told him that this man, who was not a member of the church then, would be a young educated man. Thus when a young university lecturer joined the church in 1973, Papa was able to recognize him in the Spirit as the one that the Lord had spoken about in the past. This man, Enoch Adejare Adeboye who was then a lecturer of Mathematics at the University of Lagos soon became involved in the church. He became one of the interpreters translating Pa Akindayomi’s sermons from Yoruba to English. He was ordained a pastor of the church in 1975.

Papa was preparing to meet his Creator. He sent for Pastor Adeboye and spent several hours sharing with him details of the covenant and the plans of the Lord for the church. Even though a year before this, the Lord had revealed to Pastor Adeboye that he would be Papa’s successor, it was still too difficult for him to fully contemplate such an awesome responsibility.
Pa Josiah Akindayomi was 71 years old when he died. Amidst controversy, Pastor Adeboye’s appointment was formalized by the reading of Pa Akindayomi’s sealed pronouncement after his burial.

Since 1981, an open explosion began with the number of parishes growing in leaps and bounds. At the last count, there are at least about 2000 parishes of the Redeemed Christian Church of God in Nigeria. On the International scene, the church is present in other African nations including C’ote D’Ivoire, Ghana, Zambia, Malawi, Zaire, Tanzania, Kenya, Uganda, Gambia, Cameroon, and South Africa. In Europe the church is spread in England, Germany, and France. In the United States there are parishes in Dallas, Tallahassee, Houston, New York, Washington, and Chicago and also in the Caribbean states of Haiti and Jamaica.

Today, God is still doing marvelous deeds through the Redeemed Christian Church of God, worldwide. One of the well-known programs of the church is the Holy Ghost Service, an all night miracle service that holds on the first Friday of every month at the Redemption Camp at Km. 46, Lagos-Ibadan expressway. The average headcount of those who attend the Service is about 500,000. The Holy Ghost Service now holds in London quarterly. RCCG North America holds its 15th Convention in 2011.