After blasting through Miami’s race circuit, exploring the underworld of Tokyo and drifting through tunnels in Mexico, the Fast & Furious heroes are back in action. With explosive bouts of tire-shredding and clutch-crunching, the fifth installment in a series of movies that first captivated audiences a decade ago is back with a vengeance. Only this time, the action of ‘Fast Five’ isn’t limited to fast cars driving at breakneck speeds for there’s plenty of fight sequences, plus an astounding train heist. 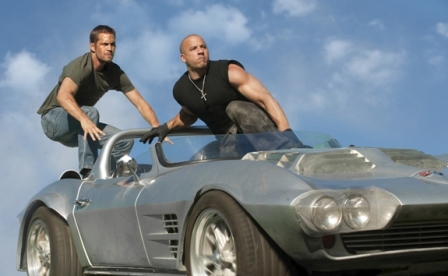 Since we last saw them, Brian (Paul Walker) and Mia Toretto (Jordana Brewster) broke Dom (Vin Diesel) out of custody and have blown across many borders to elude authorities. Now backed into a corner in Brazil, they need to pull off one last job in order to gain their freedom. Their mission? Assemble a team of top operatives made up of their family of friends to orchestrate an insane heist worth $100 million.

Joining the cast in this latest installment is Dwayne Johnson, who plays a Federal Agent. For Johnson, it was an opportunity of a lifetime. “I was able to utilize what I have in my own personal arsenal: years of training, wrestling, and learning different combat styles from the films that I’ve shot,” says the actor.

“I can definitely say once I read the script and knew who was set to return, I was down,” says Bridges. “We had a little too much fun while filming. It’s almost a crime to actually get paid and to have this much fun at the same time. I love working with good people and I love working on a good script that I know is going be a good movie, hands down.” 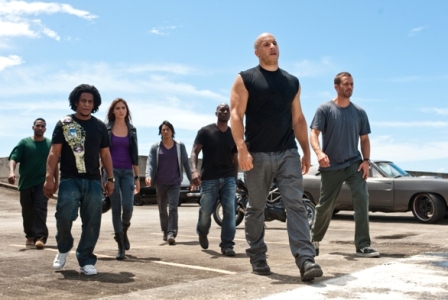 According to the franchise producer Neal Moritz, the idea of assembling the entire cast had been floating around during pre-production of its predecessor. An idea the team returned to after that film’s record-breaking release in 2009. “Bringing everybody back was sitting in the back of our heads when we did the fourth one. Once we saw the audience reaction to Fast & Furious’ combination of Vin, Paul, Jordana and Michelle, we all had that collective ‘wow’ moment. There’s this storied history for each of the characters throughout the franchise so it begged the question, ‘What if we brought them all back?” shares Moritz. 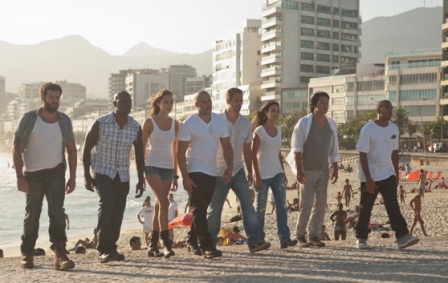 With outrageous action scenes ‘Fast Five’ has an overdose of car chases, gunfire and window-trembling explosions and almost 200 vehicles were mangled and totaled during production. “All of the ‘Fast and the Furious’ films have had terrific action, car chases and set pieces, but none of them have matched what we’ve done on ‘Fast Five.’ We really topped ourselves on this one with the cars and did some damage.” adds Moritz.

by Samantha Ofole-Prince.  Samantha is a journalist and movie critic who covers industry specific news that includes television and film. She serves as an entertainment Editor for Trendy Africa.