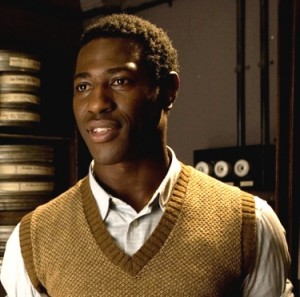 LOS ANGELES – Fluent in French, English, Spanish and Ki-Swahili, Jacky Ido is a multi-talented artist who has worked as a writer, director and actor.

A poignant character in Quentin Tarantino’s latest project “Inglourious Basterds” which is based on a group of Jewish American soldiers in France, Ido plays Marcel, the French speaking confidante of a Jewish girl who survives the holocaust.

“Marcel is a character who’s seeking for purity in a world that has been completely spoiled,” Ido says of his character. “Together, they are trying to reestablish some purity.”

As in “Kill Bill,” Tarantino’s previous project, the story engine is revenge with the Nazis being the enemies and with all of Tarantino flicks, it has oodles of quality dialogue – a gift very few directors have mastered.

“Inglourious Basterds” – deliberately misspelled is the story of a group of guerrilla U.S. soldiers led by Lieutenant Aldo Raine (Brad Pitt) in Nazi occupied France during World War II whose mission is to kill Nazis with swift, shocking acts of violence.

Told in three interconnected stories with a novelistic “chapter” format familiar to fans, Tarantino puts his unconventional storytelling to play with a particularly poignant opening chapter in which two men sit down for a discussion in a French farmhouse. One is SS Colonel Hans Landa (Christoph Waltz), the “Jew Hunter” who has been placed in charge of rounding up all the Jews in France whilst the other is local French farmer Perrier LaPadite (Denis Menochet), who is extremely on edge and rightfully so as viewers soon discover. The rollercoaster scene which lasts fifteen minutes switches from subtitled French to English as LaPadite is delicately questioned on his affinity to Jews.

It’s a dark comical tread which continues in the following four chapters as we are introduced to other key characters including the numerous members of “the basterds,” by narrator Samuel L. Jackson, a familiar fixture in Tarantino’s projects. Key members include Hugo Stiglitz, (Til Schweiger) a German defector and Donny Donowitz (Eli Roth), nicknamed “the Bear Jew” because he bashes the heads of German soldiers with a baseball bat. 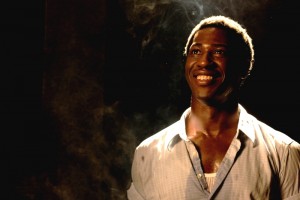 Woven in this tale of retribution is Shosanna Dreyfus (Mélanie Laurent) Ido’s counterpart who narrowly escapes the Nazi’s and flees to Paris where she forges a new identity as the owner and operator of a cinema. Dreyfus is poised to carry out a revenge plan of her own as is Bridget Von Hammersmak (Diane Kruger), a German movie star and British spy. Thus, everyone is on a mission to take down the leaders of the Third Reich and the question remains: will they succeed?

An exhilarating ride from start to finish, “Inglourious Basterds” is a perfectly sculpted flick with such depth, wit and blazing originality that it will stand up to repeat viewings.

“Inglorious Basterds” is currently out in theatres