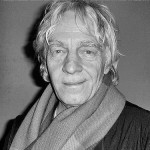 The highly respected screenwriter and Fort-Worth Native, James V. Hart and talented and versatile writer, actor and producer L.M. Kit Carson will both be in attendance at the upcoming festival.  On April 10, James V. Hart will participate in a special 20th anniversary screening of HOOK followed by a presentation of selected segments from L.M Kit Carson’s docu-series AFRICA DIARY.

The New York Times tagged the filmmaker’s docu-work “semi-legendary” as he captures up-close and unforgettable facts and feelings in still-images and cinema-verite video.  Africa – Zambia, Mozambique, South Africa are stunningly documented.  Carson adds: “People tell me it’s hard to get over Africa. Not supposed to get over Africa – you carry it with you.”  AFRICA DIARY launches on The Sundance Channel in 2011. The DALLAS International Film Festival presented by Cadillac comes up between March 31st and April 10th, 2011.